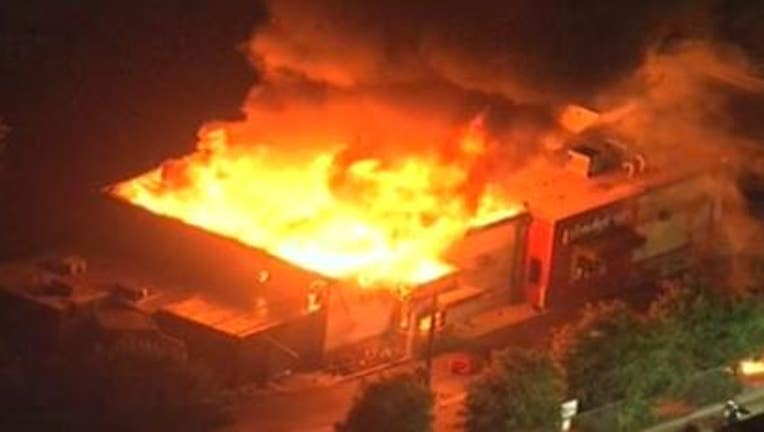 ATLANTA - The Wendy's restaurant in Atlanta where police shot and killed a black man named Rayshard Brooks was burning on Saturday night.

The police chief, Erika Shields, resigned on Saturday, less than 24 hours after the incident.

Protesters, who were already on edge after George Floyd died at the hands of a Minneapolis police officer, were active in the area near the Wendy's on Saturday, Fox 5 Atlanta reported.

Officers were responding to a complaint of a man in a vehicle parked in the drive-thru who was asleep, causing customers to drive around the vehicle.

After Brooks failed a field sobriety test, the officers attempted to place him into custody, according to the GBI. But he resisted and a struggle ensued, leading the officer to deploy a Taser.

"Ultimately, when the officer used a Taser, it was ineffective for the suspect," Atlanta Deputy Police Chief Timothy Peek told reporters at the scene Friday night. "It did not stop the aggression of the fight. And so the suspect was able to take the officer's Taser from him."

Peek said a second officer also attempted to use a Taser on the struggling man, "but it didn't work against the suspect as well."

The GBI said in statement it was investigating reports "that the male subject was shot by an officer in the struggle over the Taser."

Brooks was transported to a local hospital where he died after surgery, the statement said.