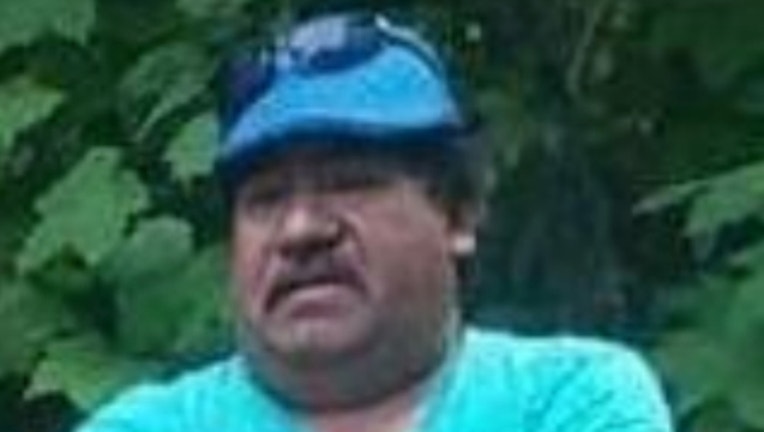 CHICAGO (SUN TIMES MEDIA WIRE) - Police are looking for a 50-year-old man who went missing May 25 from West Lawn on the Southwest Side.

Ygnacio Villalobos was last seen in the 6000 block of South Kolin Avenue, according to a missing person alert from Chicago police.

Villalobos was described as a 5-foot-4, 250-pound male with brown eyes, black hair and a light complexion, police said. He was last seen wearing a black short-sleeved shirt, white-and-blue checkered shorts and white gyms shoes, and had a long sleeved blue shirt over his shoulder.

He also was last seen riding a dark red Trek brand bicycle and was wearing the hat and glasses shown above, police said.

Anyone with information on Villalobos’ whereabouts should contact Area Central detectives at 312-747-8380.