Federal prosecutors have identified Kevin A. Tuck, 51, and his son, Nathaniel A. Tuck, 29, as the subjects of arrests related to the Jan. 6 Capitol riot.

LAKE MARY, Fla. - Two more arrests have been made in Central Florida in the investigation into the U.S. Capitol riot on Jan. 6, including a father and son with ties to local law enforcement agencies.

Prosecutors on Thursday identified Kevin A. Tuck, 51, and his son, Nathaniel A. Tuck, 29, as the subjects of the arrests in a news release sent to FOX 35 News.  FOX 35 News has confirmed that the two are father and son.

FOX 35 News has also confirmed that Kevin Tuck has recently served as an officer with the Windermere Police Department, while Nathaniel Tuck served with the Apopka Police Department (APD) as a full-time police officer from March 19, 2018, to August 22, 2020, then as a reserve officer from August 22, 2020, to September 18, 2020.  He was not employed by the APD at the time of the alleged incident that led to his arrest.

The APD would not offer any further comment except that the agency became aware of the FBI’s investigation into Tuck and has been cooperating with federal agents.

Kevin Tuck was taken into custody at the Windermere Police Station Friday, at which time he submitted his resignation.

Windermere Police Chief David Ogden said his staff was disheartened over the news of the arrests. 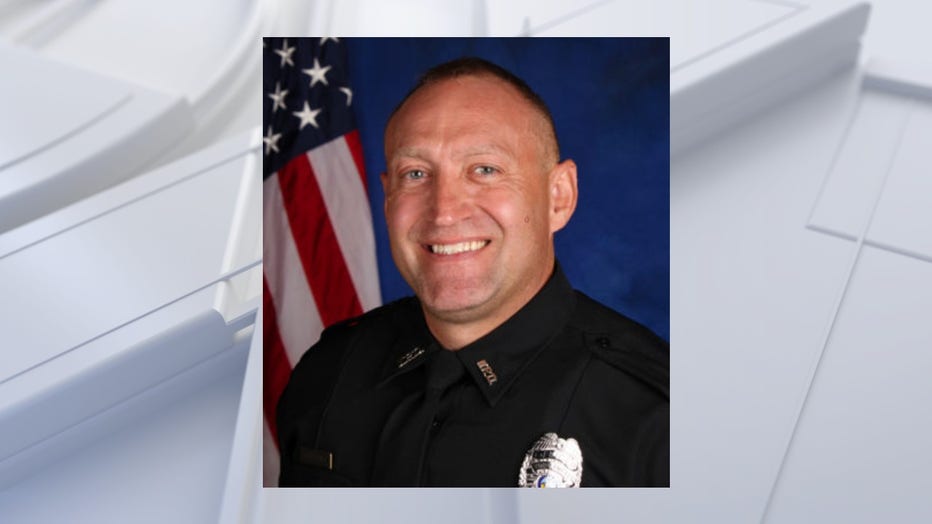 According to Chief Ogden, it was a fellow officer who raised concerns to a supervisor about Tuck, and then the Windermere Police Department reached out to the FBI.  Upon questioning by WPD staff, Officer Tuck denied being inside the Capitol on Jan. 6 and stated he was never close to the activity and added he was "simply attending a political rally," according to Chief Ogden.

WPD was notified by the FBI of an arrest warrant for Officer Tuck on July 7 and he was taken into custody on Thursday, charged with obstruction of an official proceeding, aiding and abetting; entering and remaining in a restricted building or grounds; disorderly and disruptive conduct in a restricted building or grounds; entering and remaining in the gallery of Congress; and disorderly conduct in a Capitol Building; parading, demonstrating, or picketing in a Capitol Building.

"It saddens all of us in the law enforcement community to see criminal charges brought forward of any misconduct involving a police officer," Ogden added.

Officer Kevin Tuck has been a member of the Windermere Police Department since May of 2019.