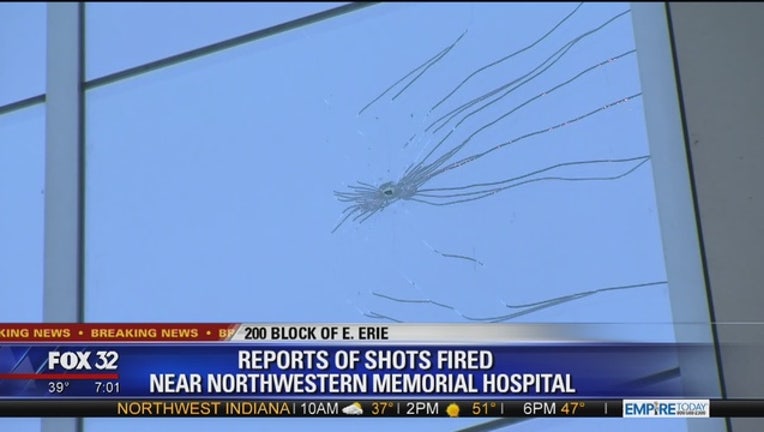 CHICAGO (SUN TIMES MEDIA WIRE) - No one was injured early Friday when a pair of bullets tore through a window at Northwestern Memorial Hospital in the Gold Coast neighborhood.

Officers responded at 4:18 a.m. to a call of shots fired in the 200 block of East Erie, according to Chicago Police. After finding shell casings, they noticed two bullet holes in a window at Northwestern.

A gray SUV may have been involved in the shooting, police said.