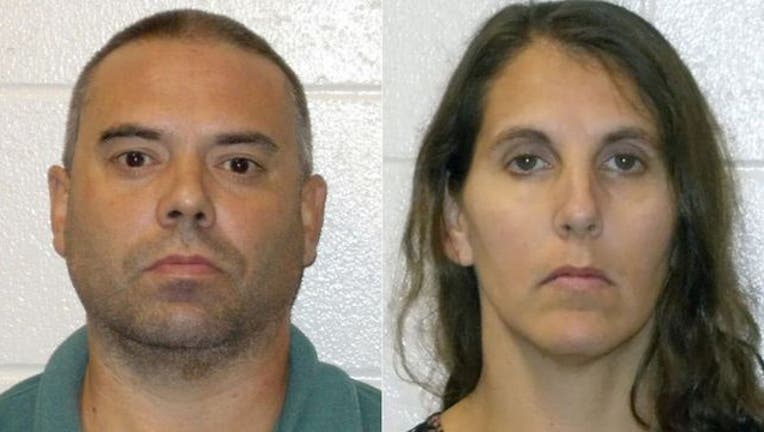 Travis and Amy Headrick were charged for allegedly keeping their children in cages. (Monroe County Jail)

Police arrested Travis Lanier Headrick, 46, and Amy Michele Headrick, 39, after receiving evidence that the couple was keeping their children in cages. On Monday they were charged with reckless endangerment, child neglect and false imprisonment, Monroe County authorities said.

Authorities found the couple kept their five children – four adopted and one biological – in the makeshift cages, including a so-called horse trough, in their Melvina home. Amy Headrick told police that her kids’ sleeping arrangement was closer to a “glorified crib,” according to the New York Daily News.

Amy Headrick admitted to investigators cages were “zip-tied shut,” the Daily News reported, citing a police complaint. She reportedly described the trough as a “washable membrane.”

“I didn’t want to put him in a bathtub and make him sleep in the bathroom, so I thought this was something I could wash and take out for him,” she told authorities, adding that the child nearly fell out of a two-story window.