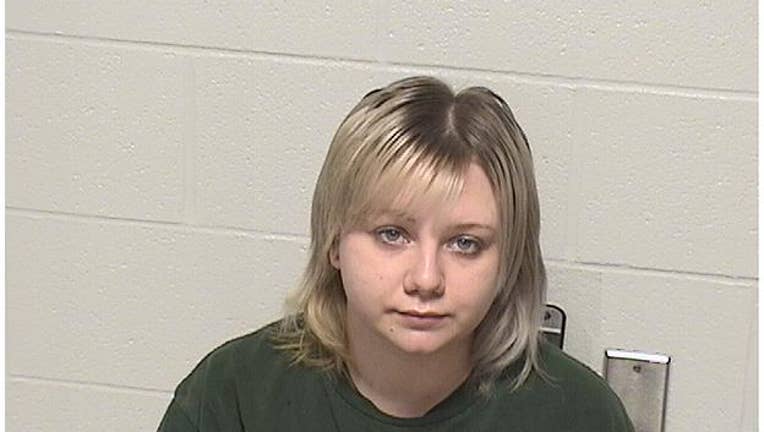 LAKE COUNTY, Ill. - A woman has been charged after biting a Lake County Sheriff's Deputy while he was attempting to provide her with paperwork from an earlier incident.

On Friday at about 9 p.m., deputies were dispatched to a domestic dispute in progress in the 24800 block of West Oak Avenue.

Kayla Wood, 24, was initially taken into custody for domestic battery and resisting arrest.

After reviewing the facts and circumstances, authorities declined to charge Wood with domestic battery at that time.

She was then transported to an area hospital by ambulance due to concerning statements she made.

Shortly after, a deputy arrived at the hospital to provide Wood with her citations for resisting arrest. When the deputy entered Wood's hospital room, she charged the deputy.

The deputy held her back, however, she was able to slap the deputy across the face and bite him on the arm, causing the skin to break.

Wood was then successfully placed into handcuffs.

The sheriff’s deputy was treated at a local hospital and released.

Wood has now been charged with aggravated battery to a peace officer.

On Saturday, Wood was released from the hospital and transported to the Lake County Jail. She remains hold on the charges of aggravated battery to a peace officer and three counts of resisting arrest.