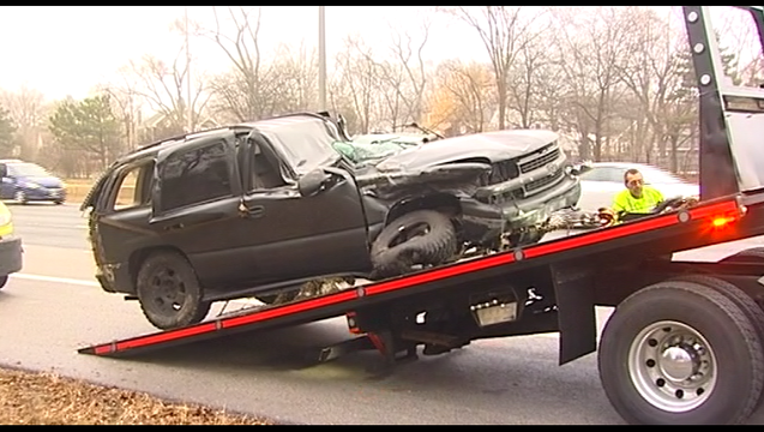 A person driving a stolen Chevrolet Tahoe was killed in a single-vehicle crash Wednesday on Interstate 94 near Northfield. | NVP News

SUN-TIMES MEDIA WIRE - A woman driving a stolen SUV was killed in a single-vehicle crash Wednesday afternoon on the Edens Expressway near north suburban Northfield, according to police.

About 12:15 p.m., a black 2003 Chevrolet Tahoe was speeding south on I-94 near Willow Road when the driver attempted to change lanes and crashed, Illinois State Police said.

The vehicle went up a grassy embankment off the right side of the road, striking a fence and pole.

The  driver of the Tahoe, identified as Amy Michelle Keel, was not wearing a seat belt and was taken to Evanston Hospital, where she was pronounced dead, police  and the Cook County medical examiner’s office said.

Keel, 33, lived in the 700 block of West Broadway in McHenry, the medical examiner’s office said.

The Tahoe had been reported stolen out of Waukegan, police said.