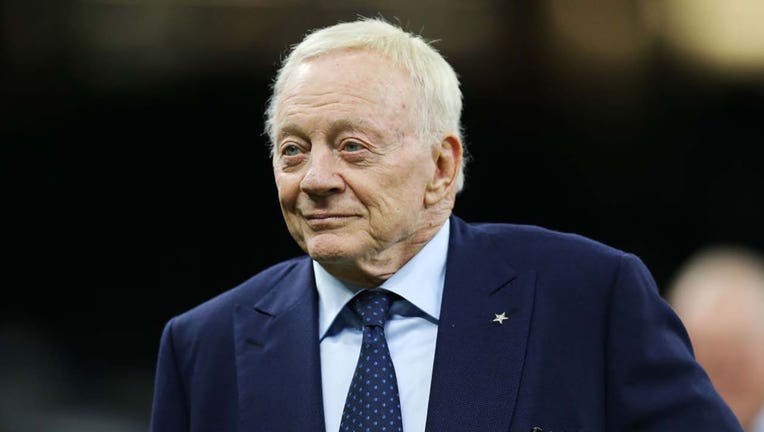 Alexandra Davis says in a lawsuit filed last week in Dallas County that she was conceived from a relationship Jones had with her mother, Cynthia Davis, in the mid-1990s, The Dallas Morning News reported Wednesday.

Davis and her mother reached a settlement in which Jones would support them financially as long as they didn't publicly identify him as her father, according to court documents. A hearing is scheduled for March 31, court documents show.

Alexandra Davis is asking the court to find she isn't legally bound by an agreement between Jones and her mother if she attempted to establish legally that Jones is her father. At the time of the agreement in 1998, Jones denied he was the father.

The Associated Press couldn’t access the documents because they have been temporarily sealed pending a hearing on Jones’ motion to keep them sealed.

According to court documents, Cynthia Davis was estranged from her husband when she met Jones. She was working as a ticket counter agent for American Airlines at the airport in Little Rock, Arkansas, court documents said.

Jones "pursued" Cynthia Davis and the pair began a relationship, according to court documents. It’s unclear how long the relationship lasted.

Jones and his wife, Gene, married in 1963. They have three children, and all have a front office role with the Cowboys. Jerry Jones is the team president and general manager.

The settlement called for a lump sum payment of $375,000 to Cynthia Davis, and Alexandra Davis was to receive "certain monthly, annual and special funding" from the trusts until she turned 21, according to court documents. The younger Davis also was the receive lump sums when she turned 24, 26 and 28.

The newspaper reported that Alexandra Davis and her mother starred in the final season of a Dallas-area reality showed called "Big Rich Texas." At the time, representatives for Cynthia Davis said she was living off a trust fund.

Alexandra Davis grew up in the Dallas area and graduated from Southern Methodist University, according to court documents. Jones has been in contact with Cynthia Davis, but he and Alexandra Davis have never met, the lawsuit said.