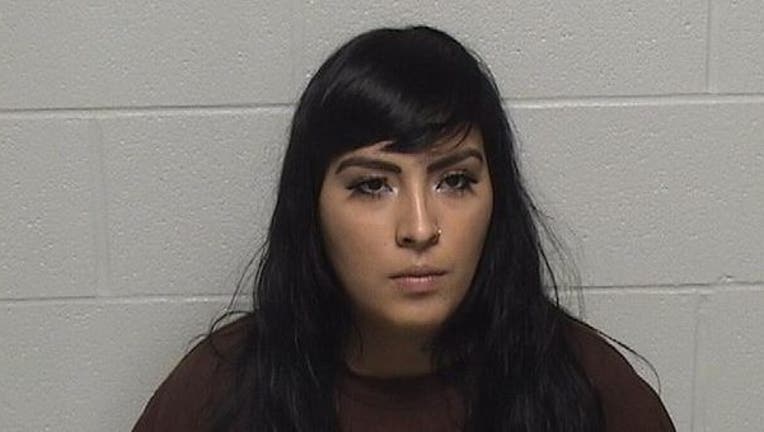 ZION, Ill. - A Waukegan woman was charged with driving under the influence after crashing her car while fleeing a traffic stop in Zion.

Vanessa Pimentel, 27, was pulled over by a Lake County Sheriff's Deputy on Route 173 near Joanna Avenue around 3 a.m. Sunday after reportedly driving 81 mph in a 40 mph zone, according to officials.

As the deputy was talking to her, Pimentel sped off eastbound on Route 173 and ran her car off the road and into a tree near Gilboa Avenue, police said.

Pimentel was transported to a local hospital with "significant injuries," according to the Lake County Sheriff's Office.

She was charged with driving under the influence, fleeing and eluding, driving with a revoked license and aggravated speeding.

Pimentel is still being treated for her injuries.