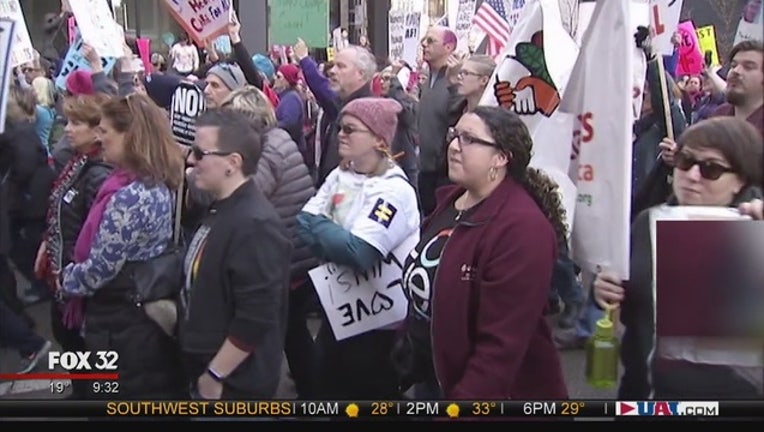 CHICAGO (AP) - Activists are organizing a "March to the Polls 2018" as a follow up to the Women's March in January.

Women's March Chicago has announced the event for Oct. 13 to celebrate the opening of early voting in Illinois. Organizers describe it as a "critical next step in voter engagement" as women show that they are "changing outcomes at the ballot box to protect a fragile democracy."

A rally at Grant Park begins at 9 a.m. It will honor first-time voters and include speakers and live music. Participating candidates will be available and sponsors will have hosted booths.

The day will end with a march through downtown Chicago to Federal Plaza and the Board of Elections' downtown early voting site.

Women's March Chicago is affiliated with the national March On movement.