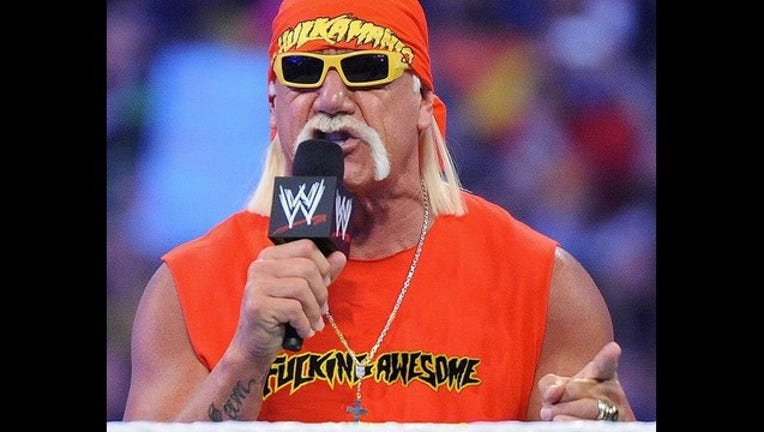 FOX News -- Hulk Hogan is down for a three count. And then some.

The WWE killed its contract with the wrestling icon on Friday, a rep for the organization told FOX411.

"WWE terminated its contract with Terry Bollea (aka Hulk Hogan). WWE is committed to embracing and celebrating individuals from all backgrounds as demonstrated by the diversity of our employees, performers and fans worldwide."

The WWE would not comment as to the reason it booted Hogan, but TMZ reports the wrestler was fired for using the N-word to describe a man involved with his daughter, Brooke, in a leaked transcript of a sex tape that is the center of a multimillion dollar lawsuit with the gossip site Gawker.

Following the WWE's announcement, Hogan apologized for the remarks he made. His lawyer said Hogan resigned from the organization "because he didn't want to put them or his family through this."

"Eight years ago I used offensive language during a conversation. It was unacceptable for me to have used that offensive language; there is no excuse for it; and I apologize for having done it," Hogan told People magazine. "This not who I am. I believe very strongly that every person in the world is important and should not be treated differently based on race, gender, orientation, religious beliefs or otherwise."

According to the transcript obtained by Radar Online and the National Inquirer, Hogan said on the tape, referring to his daughter: "I mean, I’d rather if she was going to f--k some n----r, I’d rather have her marry an 8-foot-tall n----r worth a hundred million dollars! Like a basketball player...I guess we’re all a little racist. F--king n----r."

Initial news reports indicated the wrestler was kicked out of the WWE for comments he made during a 2012 radio interview in which he, again, uses the N-word.

Hogan responded: "Well Booker T used to say that to me on TV and you know, every time I pull up YouTube there's that famous thing that Booker T...goes, 'I'm coming for you my n----r." He added, "They're all calling me n----r and then I started saying it and you know, I always said it but now all of a sudden I get heat when I said it."

DJ Whoo Kidd told FOX411 he was not offended by Hogan's use of the N-word in the 2012 interview.

"It was never used in a hate way...as long as he’s not using the n-word in a hateful way he doesn’t deserve to be fired," the radio personality said.