They say professional wrestling is scripted. But what happened to a top wrestler in Logan Square last weekend is about as real as it gets.

CHICAGO - They say professional wrestling is scripted. But what happened to a top wrestler in Chicago last weekend is about as real as it gets.

FOX 32's Dane Placko reports on the strange saga of Walter the wrestler and his stolen championship belt.

On Saturday, Walter was preparing to wrestle at the Logan Square Auditorium on the Northwest Side when somebody broke into his rental car parked on Kedzie and stole his wrestling clothes, his passport and his giant championship belt.

"He just left his bags unattended for a moment and came back and the window was smashed in and everything was gone,” said Nick Almendarez.

Almendarez is an independent wrestling promoter in Chicago. His company, “Freelance Wrestling,” puts on monthly shows at the Logan Square Auditorium. He says car thefts are a constant problem and it's beginning to bodyslam business.

"I've definitely had wrestlers who have wrestled at my shows have their cars broken into. And talk to me afterwards like hey, I don't know if I can keep coming back because it's expensive to keep getting my windows replaced,” Almendarez said.

Whoever stole the giant championship belt may have trouble fencing it. As first reported by Block Club Chicago, a replica on the WWE’s website costs about $500. 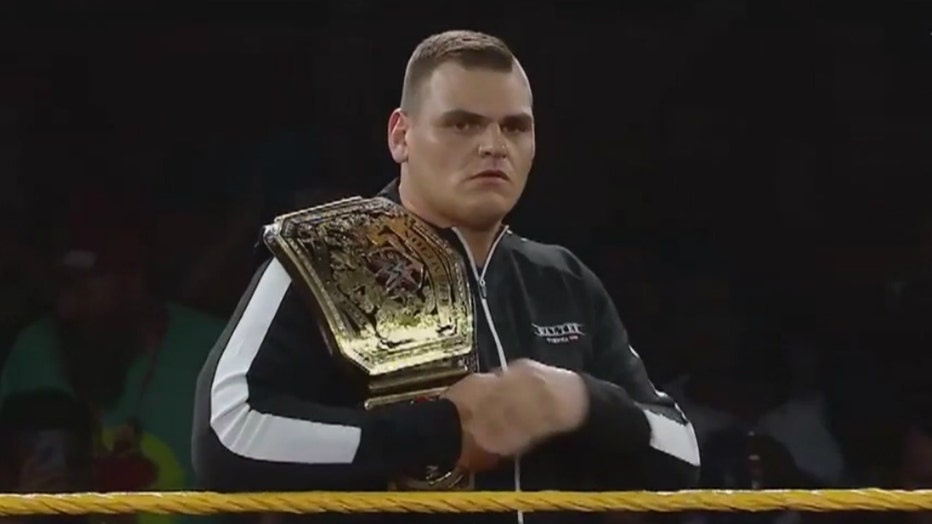 So how do you put a “sleeper hold” on the car thieves?

"We actually have a show coming up this Friday at Logan Square Auditorium, and I've already taken even more strides into hiring more security, watching all the side streets,” Almendarez said.

As for Walter, we weren't able to reach him because he's already left town. He’s headed to New York to try to get a new passport from the Austrian Embassy. Chicago police say they will keep an eye out for that championship belt.