LAKE FOREST, Ill. - Chicago Bears general manager Ryan Poles said he expects Justin Fields to be the team’s starting quarterback next season and just about slammed the door on drafting one with the No. 1 overall pick.

Poles left it slightly ajar Tuesday, saying he would have to be "blown away" to take a passer.

Quarterbacks such as Alabama’s Bryce Young, Ohio State’s C.J. Stroud and Kentucky’s Will Levis are among the top prospects available in the draft.

Fields, the No. 11 overall pick in 2021, emerged as one of the NFL’s most exciting players in his second season. But he was drafted by former general manager Ryan Pace — not Poles.

"We’re excited about his development and where he goes next. He showed ability to be impactful with his legs," Poles said. "There’s flashes with his arm. Now if we can put that together, I think we have something really good." 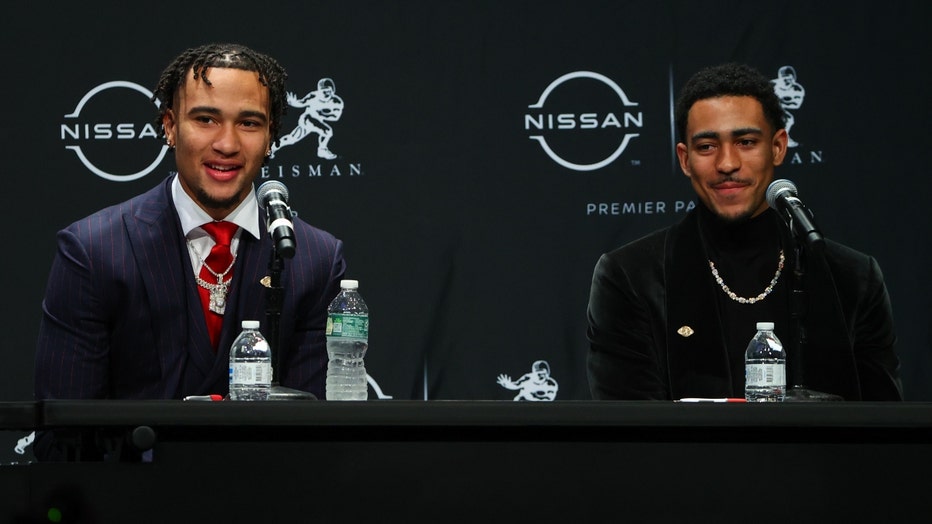 The Bears (3-14) wrapped up one of the worst years in franchise history when the Minnesota Vikings beat them on Sunday. They set a franchise record for losses in a season and extended one by dropping their 10th game in a row. Only the 1969 team that went 1-13 had a worse record.

The loss to Minnesota combined with Houston’s last-minute win at Indianapolis gave the Bears the No. 1 overall pick for the first time since 1947. They took Oklahoma State halfback Bob Fenimore, who played in just 10 NFL games because of injuries.

Now, all eyes are on Poles. Along with the top pick, he has about $118 million in salary cap room to start building the roster after essentially tearing things down once he and coach Matt Eberflus were hired a year ago to replace the fired Pace and Matt Nagy.

The Bears could trade down a few spots in the draft with a team looking for a quarterback and still get a blue-chip player such as Alabama linebacker Will Anderson Jr. or Georgia defensive lineman Jalen Carter if they don’t take either at the top of the draft. Chicago needs a pass rusher and help on the defensive line, and each player would help fill a gap. 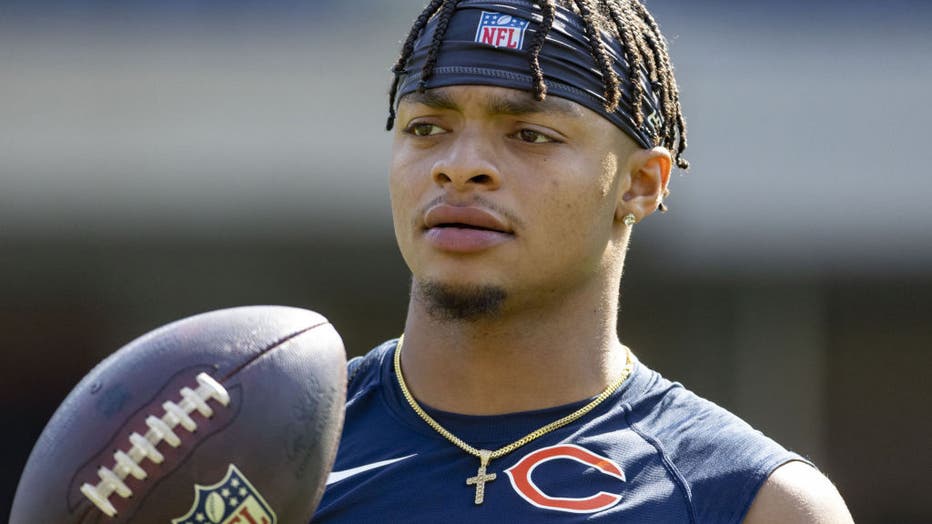 The Bears ranked 29th overall on defense and were 31st against the run. They were last in sacks with 20, their lowest total since the 2003 team had 18.

He ran for 1,143 yards in 15 games and might have broken the NFL single-season quarterback rushing record of 1,206 set by Baltimore’s Lamar Jackson in 2019 had he not missed the finale because of a strained hip.

But it remains to be seen if he can develop into the passer the Bears need him to become. He was 25th in the NFL with an 85.2 rating, while throwing for 2,242 yards and 17 touchdowns.

"He showed the ability to be a playmaker," Poles said. "Be impactful. He can change games quickly. Does he have room to grow? He does. He has to get better as a passer, and I’m excited to see him take those steps as we move forward." 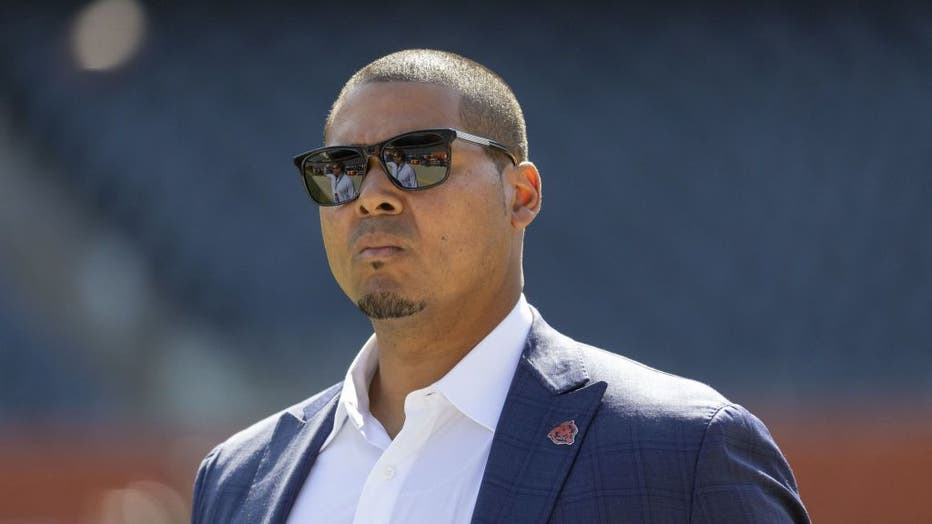 Chicago Bears general manager Ryan Poles said he expects Justin Fields to be the team’s starting quarterback next season and just about slammed the door on drafting one with the No. 1 overall pick. (Brian Cassella/Chicago Tribune/Tribune News Service

A weak wide receivers group and a line that struggled to protect him didn’t make Fields’ job any easier. Poles didn’t, either, last offseason when he addressed other areas rather than bring in a playmaker or two for his quarterback. Then again, he had a long to-do list.

"I thought we used the resources that we had to the best of our ability based on what was there," he said. "I wish there was a perfect scenario where you could just clean up everything and get good. So I thought we made, solid, sound decisions to do that."

Poles acquired receiver Chase Claypool from Pittsburgh on Nov. 1 for their second-round pick this year. But he struggled following the trade. It didn’t help, either, that he and Fields were banged up and missed some games.

"I told Chase, and we had a really good conversation, I’m not blinking at that one at all," Poles said. "I think he’s gonna help us moving forward and I’m excited about it."

Poles said he also hopes to re-sign running back David Montgomery, whose rookie contract is set to expire after four seasons in Chicago.

"Obviously, I’ve learned that you can want a player and the value’s got to come together for it to happen," Poles said. "I love the way he attacked this season. That’s a guy that does everything right."