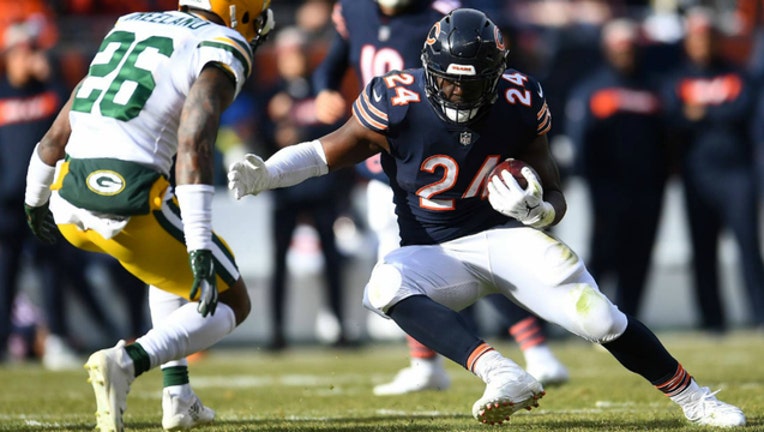 PHILADELPHIA (AP) - The Philadelphia Eagles have acquired running back Jordan Howard from the Chicago Bears for a conditional sixth-round pick in next year's NFL draft.

The draft pick could become a fifth-rounder based on conditions of the trade that was completed Thursday night.

The 24-year-old Howard ran for 935 yards last year, his lowest total in three NFL seasons. But he also tied a career high with nine touchdown runs.

A fifth-round draft pick out of Indiana in 2016, Howard has 13 100-yard rushing games in his career, tied for the third-most in the NFL in that span. He made the Pro Bowl in his first season when he set a Bears rookie record with 1,313 yards rushing.