The 28-year-old Murphy has turned into one of Chicago’s most reliable defensemen. He had three goals and 12 assists while averaging a career-high 22:09 of ice time over 50 games last season.

Murphy "has transformed into a defenseman capable of matching up with the opponent’s best players and someone we trust to help us preserve a lead in the final minutes," general manager Stan Bowman said in a release. "Connor’s voice carries weight in our locker room as a veteran presence and we’re thrilled that his development and leadership will continue as a Blackhawk." 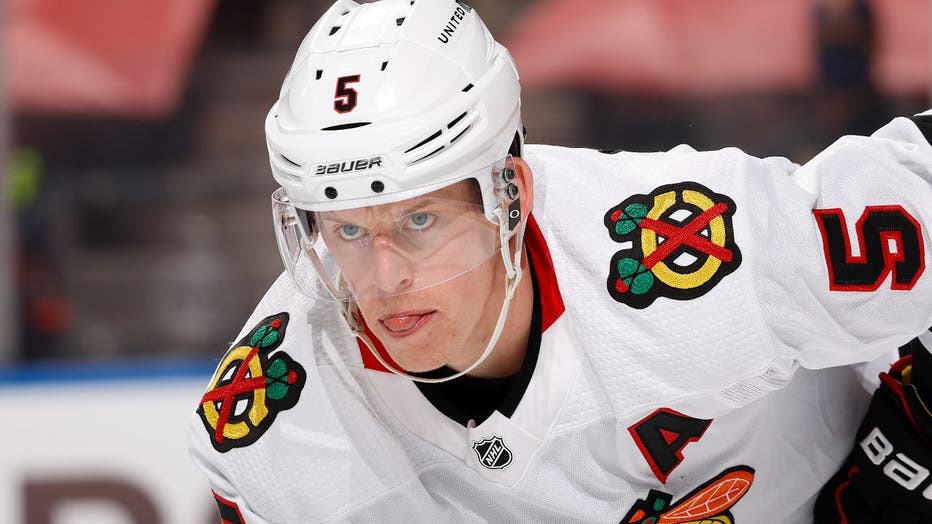 Connor Murphy of the Chicago Blackhawks prepares for a face-off against the Florida Panthers at the BB&T Center on January 17, 2021 in Sunrise, Florida. (Joel Auerbach/Getty Images / Getty Images)

The 6-foot-4 Murphy was selected by the Coyotes in the first round of the 2011 NHL entry draft. He was traded to the Blackhawks in June 2017 along with Laurent Dauphin for Niklas Hjalmarsson.