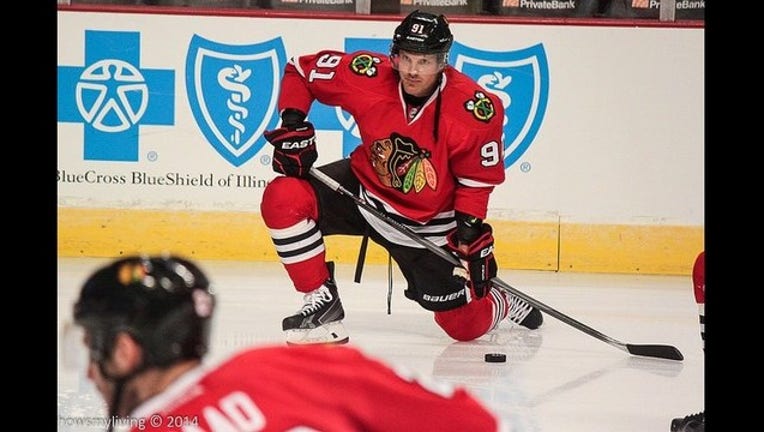 Blackhawks center Brad Richards will miss the final three games of the regular season with an upper-body injury.

It's unclear when exactly Richards got hurt. He played 15 1/2 minutes in Sunday's 2-1 loss to St. Louis.

Coach Joel Quenneville said Tuesday that Richards should be ready for the start of the playoffs. The veteran forward, who helped the New York Rangers reach the Stanley Cup final last year, has 12 goals and 25 assists in 76 games in his first season with Chicago.

The Blackhawks also were without defenseman Kimmo Timonen and forward Daniel Carcillo for Tuesday night's game against Minnesota. Each player is day to day with an upper-body injury.

The 40-year-old Timonen was injured in the first period of Sunday's 2-1 loss to St. Louis.

Quenneville said forward Kyle Baun will make his NHL debut against the Wild. The 22-year-old Baun had 14 goals and 15 assists this season at Colgate, and then agreed to a two-year contract with Chicago last month.

"We liked the way he's practiced. We like what he brings," Quenneville said.

Forward Patrick Kane also skated with the Blackhawks again on Tuesday morning. He had surgery on Feb. 25 to repair a broken left collarbone.

The original timeline for Kane's return was three months, but it looks as if the dynamic winger might be able to return sooner than expected.

"He's progressing real well," Quenneville said. "I know that every day it seems like he's getting a little stronger and his skating's always been fine and handling the puck extremely well, so it's good signs every day."