CHICAGO - Chicago Blackhawks goaltender Kevin Lankinen and forward Mike Hardman were held out of practice Friday because of the NHL’s COVID-19 protocol.

The announcement on the team’s second day of training camp doesn’t necessarily mean that either player tested positive. General manager Stan Bowman said Thursday that the team was 100% vaccinated.

The 26-year-old Lankinen is coming off a solid rookie season, going 17-14-5 with 3.01 goals-against average and a .909 save percentage. He is expected to back up Marc-Andre Fleury this year.

Hardman, 22, made his NHL debut last season, finishing with a goal and two assists in eight games. 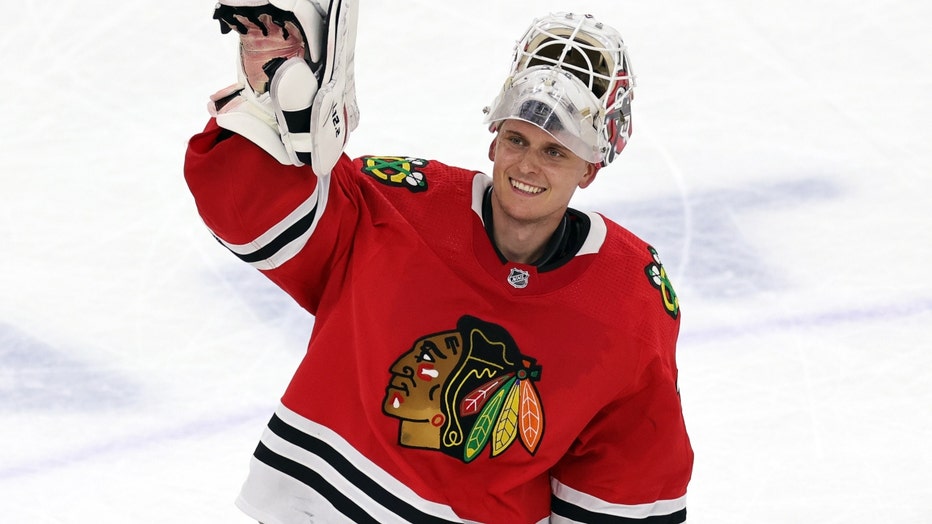 Chicago Blackhawks goaltender Kevin Lankinen celebrates being named the player of the game after defeating the Florida Panthers by the score of 3-0 on March 25, 2021 at the United Center in Chicago, IL. (Robin Alam/Icon Sportswire via Getty Images / Getty Images)