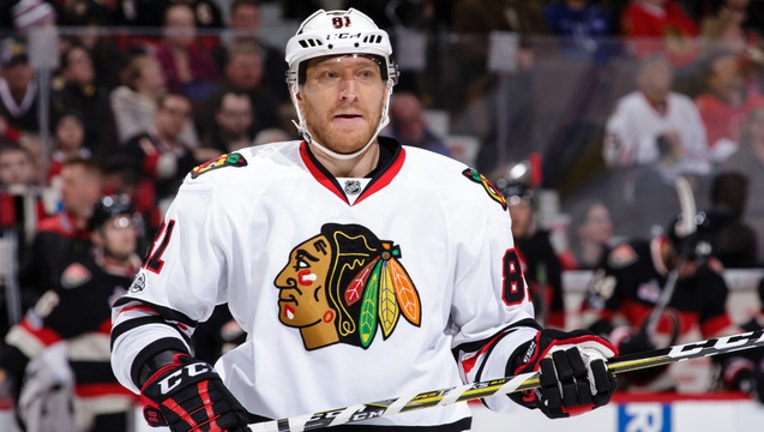 CHICAGO (AP) - The Chicago Blackhawks have traded Marian Hossa and Vinnie Hinostroza in a blockbuster deal with the Arizona Coyotes, parting with a promising young forward in order to clear out a troublesome contract.

The Blackhawks also sent defenseman Jordan Oesterle and a third-round pick in the 2019 draft to the Coyotes for forwards Marcus Kruger, MacKenzie Entwistle and Jordan Maletta, defenseman Andrew Campbell and a fifth-round pick in next year's draft. Kruger was drafted by Chicago and spent his first seven seasons with the Blackhawks before he was traded to Vegas last July.

The 39-year-old Hossa did not play last season because of severe side effects from medication to treat a progressive skin disorder. He isn't expected to play again, but he is signed through the 2020-21 season at a $5.275 million cap hit.