Tom Brady congratulated Aaron Rodgers on becoming a "shareholder of the Bears" on Tuesday just days after the Green Bay Packers quarterback taunted Chicago fans with his colorful touchdown celebration.

Rodgers scored a 6-yard rushing touchdown late in the fourth quarter on Sunday to improve his record to 22-5 over the Bears. "I've owned you all my f---ing life!" he shouted out at the fans in Soldier Field. "I own you. I still own you."

Brady, seemingly impressed with the celebration, jokingly congratulated Rodgers on his new "ownership."

"I wanted to say congrats to Aaron Rodgers," Brady said during an appearance on SiriusXM NFL Radio. "Obviously I know he's a great quarterback, but I guess he's now a shareholder of the Bears."

He continued: "I saw a clip of him really enthusiastically telling the crowd how happy he is to own Soldier Field. And that's really great stuff. He owns the Bucs now. Part owner of Soldier Field. So he's got a great career beyond football."

Rodgers said Tuesday his choice of words made him a target of the "PC woke culture," but he didn’t seem to be impacted by the criticism. 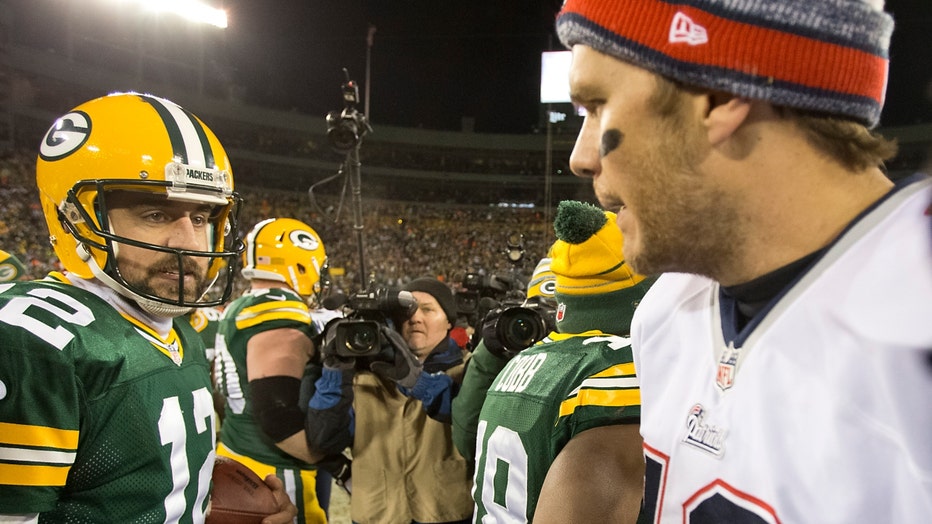 For Brady, he may have stirred the woke culture after also taking a small dig at the New York Jets when asked if he "owned" that franchise with a 30-8 record.