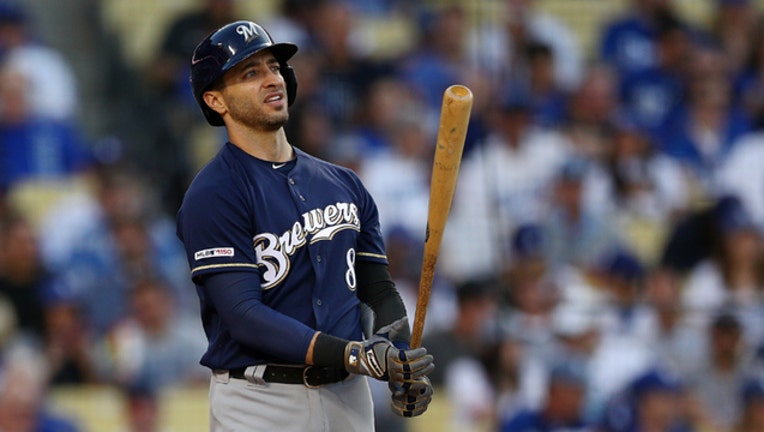 CHICAGO (AP) - The Milwaukee Brewers have scratched slugger Ryan Braun from the lineup against the Chicago Cubs because of a sore left hamstring.

Ben Gamel started in left field in his place on Saturday.

Braun had 38 homers against Chicago, his second-highest total against a single team, after hitting one in Friday's 7-0 victory.