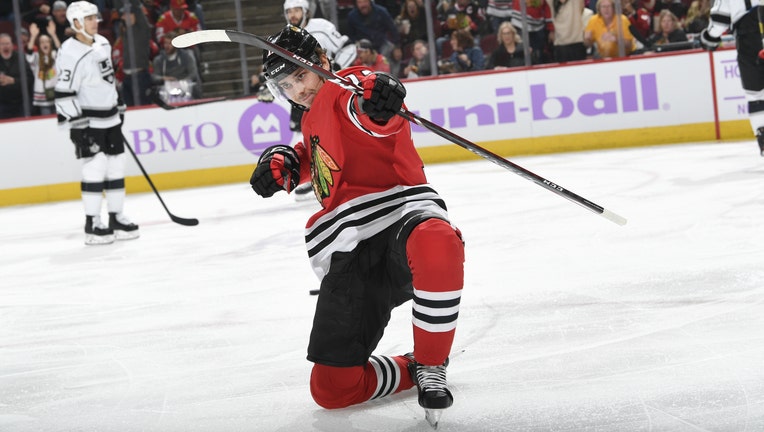 Dylan Strome #17 of the Chicago Blackhawks celebrates after scoring against the Los Angeles Kings in the first period at the United Center on October 27, 2019 in Chicago. ((Photo by Bill Smith/NHLI via Getty Images))

CHICAGO - The Chicago Blackhawks and forward Dylan Strome have agreed to a two-year contract extension.

Strome was a restricted free agent. The extension runs through the 2021-22 season and carries a $3 million salary-cap hit.

With captain Jonathan Toews sidelined by an illness and fellow forwards Kirby Dach and Alex Nylander out with injuries, the play of Strome is more important than ever for Chicago.