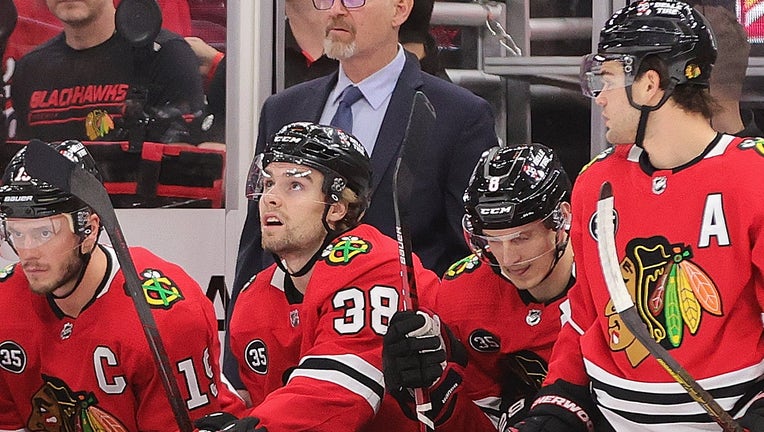 CHICAGO, ILLINOIS - NOVEMBER 07: Interim head coach Derek King of the Chicago Blackhawks (center) watches his team during the first period against the Nashville Predators at the United Center on November 07, 2021 in Chicago, Illinois. (Photo by Jonat

CHICAGO - Alex DeBrincat scored 37 seconds into overtime to give the Chicago Blackhawks a 2-1 win over the Nashville Predators in Derek King's NHL coaching debut.

DeBrincat finished a 2-on-1 break and give-and-go to lift the Blackhawks to just their second win.

After scoring, DeBrincat scooped the puck from the back of the net, presumably for King. King was promoted from the Blackhawks' top minor league club, Rockford of the AHL, to Chicago's interim coach after Jeremy Colliton was fired on Saturday following a 1-9-2 start.

Chicago's Brandon Hagel and Nashville's Alexandre Carrier scored 1:50 apart in the second period for the only goals in regulation.