CHICAGO - The beloved golden retriever of Chicago Blackhawks center Dylan Strome, a canine celebrity with the team, has passed away.

The dog, Wrigley, 2, which amassed more than 20,000 followers on social media – and helped Strome during the peaks and valleys of his career – died Friday of post-operative complications.

Wrigley spent four days at a veterinary hospital last week after undergoing surgery before returning home. However, the dog developed sepsis and returned to the hospital Friday as its condition worsened.

"He's stable and fighting, he's a strong boy but gonna need lots of prayers," Wrigley's account, which is mainly run by Strome’s fiancé, Tayler McMahon, said at the time.

The canine later passed away at the hospital. 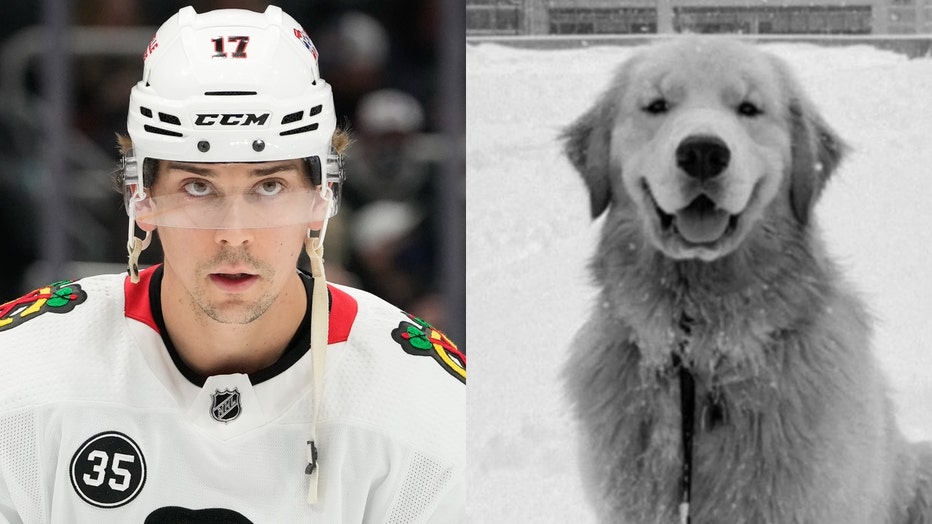 Strome adopted Wrigley as a puppy just over two years ago in January 2020. He credited the dog with helping the family during the coronavirus pandemic as well as the ups and downs of his career.

"The dog’s a big one. You come in and he’s just so happy to see you. He doesn’t know what’s going on," Strome said last November, via the Chicago Sun-Times. "He’s happy, 24/7. It’s always nice to come home to that and see a big smile on his face. It makes you forget about hockey for a little bit."

Despite the loss of his companion, Strome was in the lineup for the Blackhawks game against the Nashville Predators on Saturday.

Strome was seen paying tribute to the canine during the game, writing the words "Wrigs" on his hockey stick.