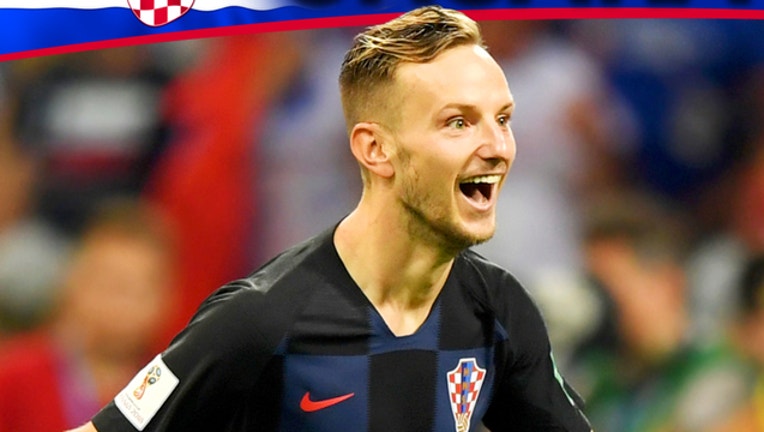 MOSCOW (AP) - Croatia is going to the World Cup final for the first time after beating England 2-1 in extra time.

Mario Mandzukic scored the clincher in the second half of extra time in the semifinal to secure a spot in Sunday's final against France.

The Croatians rallied from a goal down for the third game in succession, with Ivan Perisic's equalizing with a 68th-minute volley after Kieran Trippier opened the scoring for England a free kick in the fifth.

Mandzukic latched onto Perisic's header in the 109th minute and rifled it past England goalkeeper Jordan Pickford, sparking wild celebrations in the corner.

England's 52-year wait for a second World Cup continues. England won the title on home soil in 1966 in its only previous trip to the final.

England and Belgium will play for the second time in the tournament when they contest the third-place playoff in St. Petersburg on Saturday. Belgium won their match in the group stage when both teams fielded second-string lineups.