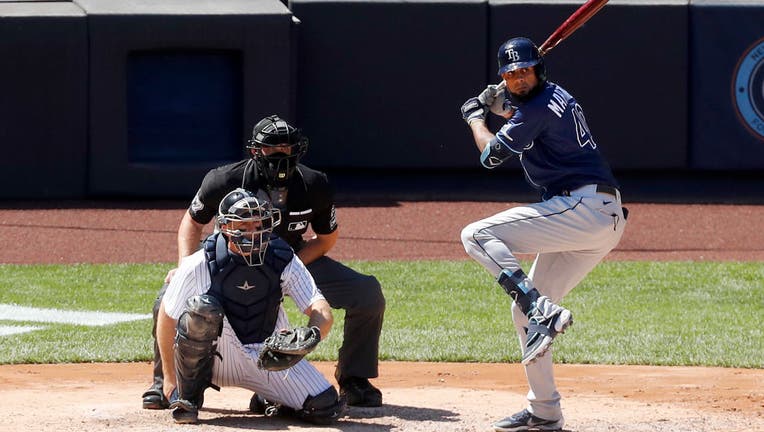 CINCINNATI - The Chicago Cubs acquired José Martínez in a trade with the Tampa Bay Rays on Sunday, giving manager David Ross another option at designated hitter.

The 32-year-old Martínez is a .294 hitter with 43 homers and 182 RBIs in 422 major league games. He debuted with St. Louis in 2016 and spent four years with the Cardinals before he was traded to the Rays in January.

“It’s a nice boost to get an offensive piece that makes you deeper than you already are,” Ross said after Chicago’s 10-1 win at Cincinnati. “It’s nice to be able to mix-and-match some bench pieces as well. It’s always nice to get a good player at the trade deadline.”

It’s a rare deal between division leaders ahead of Monday’s trade deadline for the pandemic-shortened season. Tampa Bay is on top of the AL East, and Chicago is trying to hold on in the NL Central.

The Rays acquired two players to be named or cash considerations in the trade. The team also promoted outfielder Randy Arozarena from its alternate training site.

The Cubs designated catcher Josh Phegley for assignment to make room for Martínez on their roster.