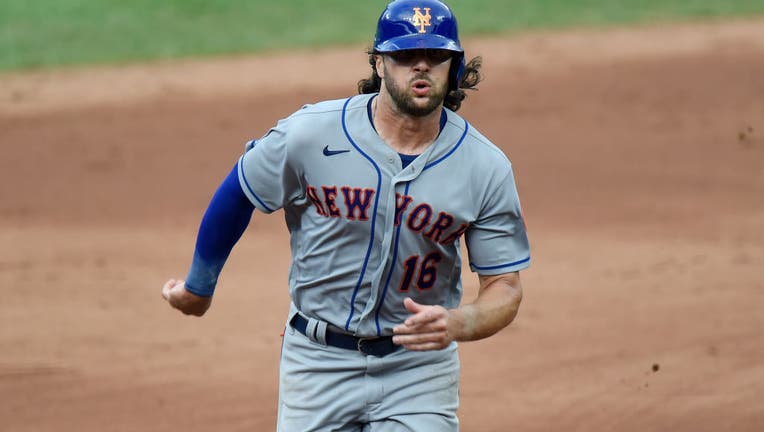 CHICAGO - The Cubs added another outfielder, agreeing to a $1.5 million, one-year contract with Jake Marisnick, a person familiar with the situation told The Associated Press

Marisnick will make $1 million this season, the person said Thursday, speaking on condition of anonymity because the move was pending a physical. The deal includes a $4 million mutual option for 2022 with a $500,000 buyout.

The 29-year-old Marisnick hit .333 with two homers and five RBIs in 16 games with the New York Mets last year. But he is known more for his defense in center field.

Chicago is rounding out its roster after it didn’t make any major additions for much of the winter. The reigning NL Central champions announced contracts for outfielder Joc Pederson and pitchers Trevor Williams and Andrew Chafin last week.

While Pederson steps in for Kyle Schwarber in left, Marisnick likely is headed for a bench role as a late-inning defensive replacement and pinch runner. He has 73 steals, including a career-high 24 in 2015 with Houston.

Marisnick was selected by Toronto in the third round of the 2009 amateur draft. He was traded to Miami three years later and made his big league debut with the Marlins in 2013.

Marisnick is a .229 hitter with 56 homers and 183 RBIs in 701 career games, spending most of his career with the Astros. He also has made 23 playoff appearances.