In Rolling Meadows Sunday night, fans of native son and 49ers quarterback Jimmy Garoppolo said they're proud of him, in spite of his team's loss to the Kansas City Chiefs.

ROLLING MEADOWS, Ill. - "It's tough," said Rolling Meadows High School coach Tony Wolasnki. Garoppolo is his only athlete to make it this far. "They had a great season."

"To do this is just phenonmenal," said Carla Montgomery, mother of a former Rolling Meadows High School student. Garoppolo played there before going on to his professional career. 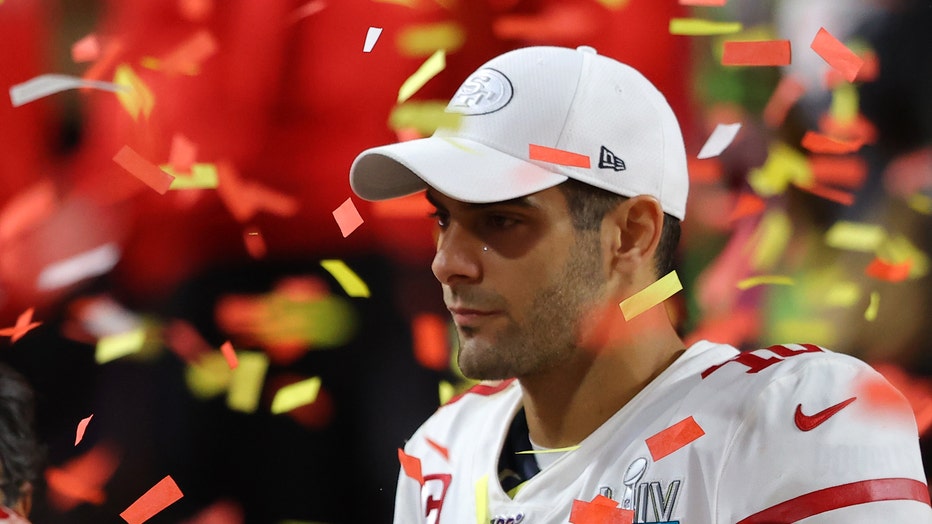 Thinking of Jimmy in times like these – taking his talent on the field as a young man in the northwest suburbs all the way to Miami.

“We couldn’t pull through, but it was a good game,” said Rick Tadelman, 49ers fan.

“He didn’t play his best game, I can say that. This game meant a lot to you!  Yea, I’m over it,” said Mike Madio as he left the bar.

Right after the game, Rep’s raffled off a Jimmy Garoppolo jersey, as the announcer said, “Jimmy will be back in the Super Bowl next year and win it!"