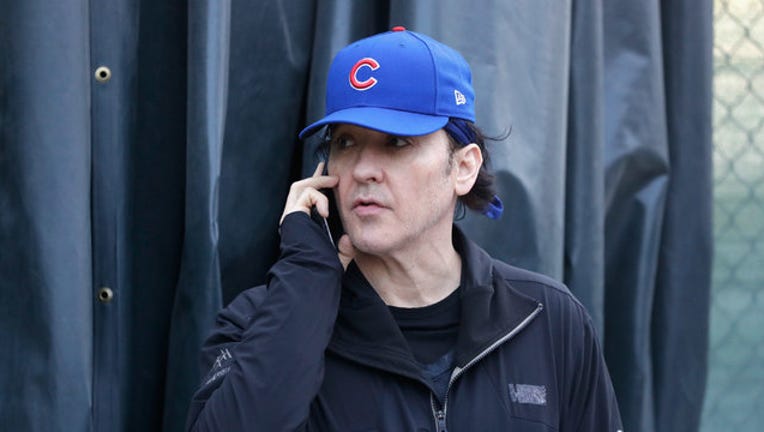 John Cusack stands outside Wrigley Field in Game 3 of the 2016 World Series between the Chicago Cubs and the Cleveland Indians at Wrigley Field on October 28, 2016 in Chicago, Illinois. (Jamie Squire/Getty Images)

(FoxNews.com) - Actor John Cusack faced pushback on social media after he was caught not standing for a military salute at a Cubs game at Wrigley Field Wednesday night.

“I didn’t stand up for Boeing military salute - fast enough for some maga f--- - see?” he tweeted in his defense. The "Hot Tub Time Machine" star was apparently referring to President Trump supporters.

In another post he clarified that he supports the troops and wants them to come home. "Being anti war - is pro troops - pro human -" he added.

Cusack tweeted that he eventually stood up “just not on que - like an Obedient pet.”

The “Say Anything” actor has been a vocal critic of the president and has called for his impeachment and removal from office, according to The Hill. “Trump. Wraps himself in the us flag - literarily hugs it. You think he’s a patriot?” he asked rhetorically on Twitter Wednesday.

In 2008, Cusack made a comedy critical of the Iraq war called “War, Inc.” about the problems with privatizing the military.