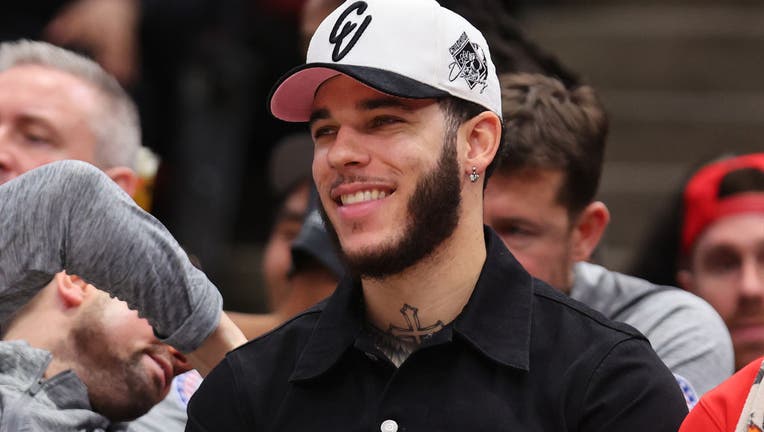 Lonzo Ball #2 of the Chicago Bulls looks on from the bench against the New Orleans Pelicans during the first half at United Center on November 09, 2022 in Chicago, Illinois. (Photo by Michael Reaves/Getty Images)

PARIS - Chicago Bulls guard Lonzo Ball has not abandoned hopes of playing this season, even though he’s still experiencing discomfort in his surgically repaired left knee.

Ball has been able to do some on-court work, a major step forward in the process. But it’s now been more than a full year since his last NBA game, and he said Monday that there’s no return date in sight at this point.

"I have really no timetable," Ball said. "It’s going day by day. I’m trying to just do more every week, pretty much, loading up the workload. I’m finally moving around again so that’s nice, but I don’t really have a timetable."

Ball posted a video on his Instagram page this weekend of him dunking. It’s progress for a guard who last played on Jan. 14, 2022; the Bulls’ game against Detroit in Paris on Thursday will be the 92nd consecutive contest he has missed.

"This is the longest I’ve ever been out," Ball said. "I’ve been playing basketball my whole life. So for me, it’s a lot, especially watching the guys every night. I’ve got to stay positive and do what I can to get back on the court."