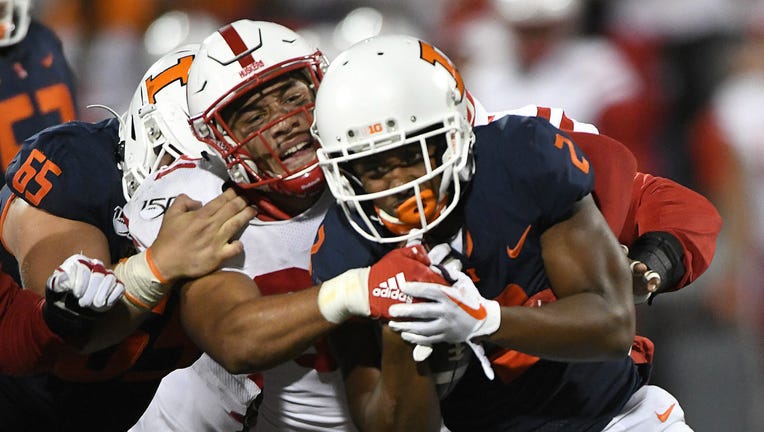 Nebraska will play Illinois in Dublin, Ireland, to open the 2021 season, the second game in a five-game series of college football games on the Emerald Isle.

Athletic directors Bill Moos of Nebraska and Josh Whitman of Illinois announced the game Monday. It's set for Aug. 28 at 51,700-seat Aviva Stadium. Illinois is the designated home team.

"When first approached about this game almost two years ago, we had immediate interest," Whitman said. "This game will provide an incredible educational opportunity for our football student-athletes who, because of their schedule, generally do not receive the same international experiences as many of our other student-athletes."

Navy and Notre Dame will meet in Dublin next season.

The game in Dublin will be Nebraska's first outside of the United States since the Huskers beat Kansas State in the 1992 Coca-Cola Bowl in Tokyo.

"Playing a game in Ireland provides another way to spread the Nebraska brand, and in this case on an international stage," Moos said. "We are always looking for new scheduling opportunities and when this was presented, coach (Scott) Frost and I decided this would be an experience of a lifetime for the student-athletes in our program. This will also be a great trip for our fans, and knowing how Husker fans travel it will be great to see Dublin, Ireland, turned red."

The teams will travel to Dublin the week of the game to practice, tour the city and acclimate to the time difference.

Nebraska also announced the completion of its 2021 nonconference schedule. The Huskers will play Southeastern Louisiana on Nov. 13. That was the original date for the Nebraska-Illinois game.