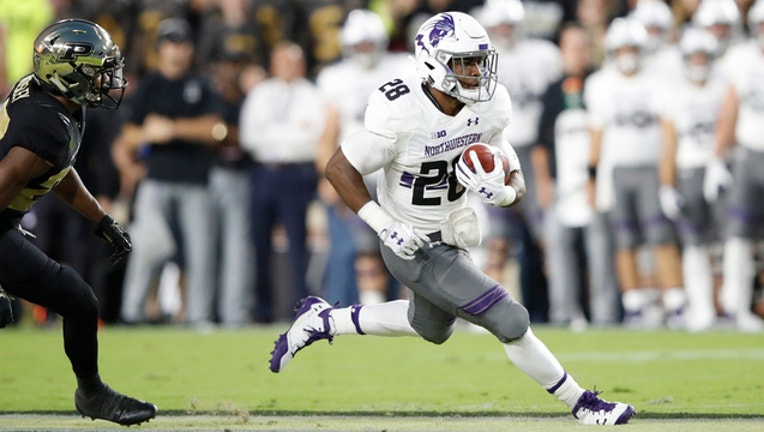 EVANSTON, Ill. (AP) - Northwestern leading rusher Jeremy Larkin is retiring from football after being diagnosed with cervical stenosis, a condition that causes narrowing of the spinal canal in the neck and upper back.

Northwestern said Monday that Larkin's condition is not life threatening, but prevents him from playing.

"Football has been a lifelong passion and it has been a process to reconcile the fact I won't be on that field again, given I've played this game since I was 5 years old," Larkin said in a statement. "I'm extremely appreciative of the Northwestern sports medicine and athletic training staffs for uncovering this condition, and for my coaches and the medical staff for always putting my health first."

Larkin, a sophomore, is in his first season as the top running back for the Wildcats (1-2). He is fifth in the Big Ten in rushing at 115.33 yards per game. He has 346 yards rushing, 19 catches for 127 yards and has scored five touchdowns for an offense that has otherwise struggled. The Cincinnati native had 618 yards from scrimmage and five touchdowns last season as a freshman backup.

"This is heartbreaking because I see every day how much Jeremy loves the game, loves his teammates, and loves to compete," Fitzgerald said. "But this is the absolute best possible outcome for him. The discovery of this condition allowed Jeremy and his family to make an informed decision for his long-term health and well-being. For those of us who have known Jeremy Larkin since his high school days, his future is exceptionally bright. "

Northwestern hosts No. 14 Michigan on Saturday.