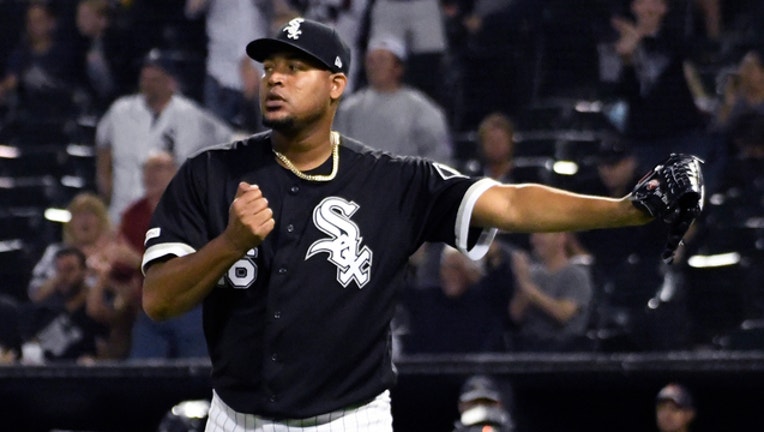 CHICAGO (AP) - Ivan Nova kept up his mastery of the Marlins, pitching a four-hitter that led the Chicago White Sox over Miami 9-1 on Monday night.

Chicago opened a 10-game homestand by winning for the third time in its last 11 tries. The Marlins fell to 0-4 on their current six-game road trip.

The White Sox became the first team in the majors to have protective netting in place from foul pole to foul pole, extending the safety measure for their first game at Guaranteed Rate Field since the All-Star break.

The new netting reaches a maximum height of 45 feet and, for ground rules, will be treated like a wall -- any ball that bounces or is thrown off the nets will remain in play. The extra netting didn't come into play in its debut.

Jorge Alfaro homered in the second inning for the lone Miami run.

Trevor Richards (3-12) allowed seven runs over five innings in his seventh consecutive loss. He walked one and struck out seven.

Chicago took a 2-0 lead in the first. Jon Jay singled for the first of his two hits, Abreu followed with an RBI double and scored on Moncada's single.

After Jay doubled in the third, Abreu hit his team-high 22nd home run of the season.

Moncada extended Chicago's lead to 7-1 in the fifth with his 18th homer.

LHP Caleb Smith (5-4, 3.47 ERA) starts for the Marlins against RHP Dylan Covey (1-5, 5.83). Covey has pitched twice in relief after getting hit hard in his last start by Oakland.