HOUSTON - Both teams left off veteran pitchers when the Houston Astros and Chicago White Sox set their rosters for their AL Division Series beginning Thursday.

Houston right-hander Jake Odorizzi wasn’t among the 12 pitchers the team will carry for the best-of-five series. Odorizzi struggled in his first season with the Astros after signing a three-year, $23.5 million contract, going 6-7 with a 4.21 ERA.

Left-hander Dallas Keuchel didn’t get a spot on a Chicago roster that also has 12 pitchers. Keuchel was 9-9 with a career-high 5.28 ERA this season.

The Astros included six outfielders on their roster. Rookie Jose Siri got the final outfield spot after his availability was in question because he broke his right pinkie last week. 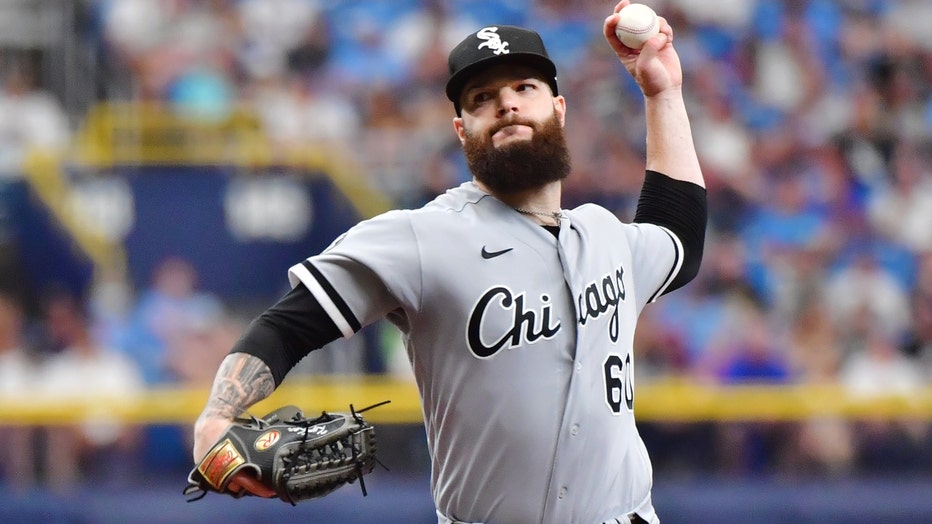 Dallas Keuchel of the Chicago White Sox delivers a pitch to the Tampa Bay Rays in the first inning at Tropicana Field on August 21, 2021 in St Petersburg, Florida. (Julio Aguilar/Getty Images / Getty Images)

Also omitted from Houston’s roster was reliever Blake Taylor, who made 51 appearances with a 3.16 ERA this season.