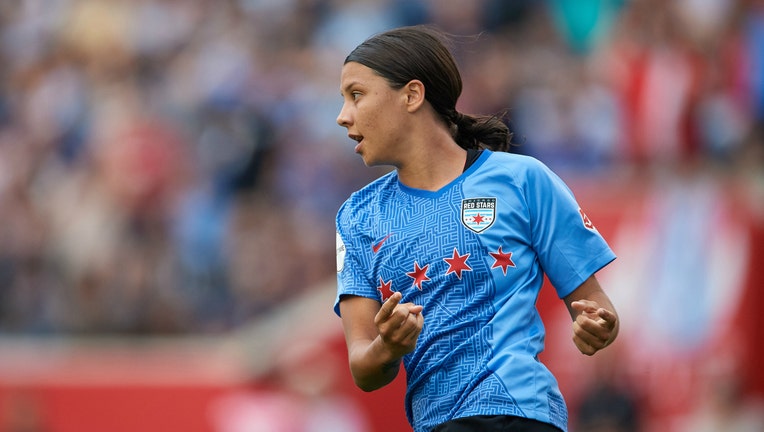 Chicago Red Stars forward Sam Kerr (20) celebrates after scoring a goal in game action during a NWSL game between the Chicago Red Stars and the North Carolina Courage on July 21, 2019 at SeatGeek Stadium, in Bridgeview.

BRIDGEVIEW, Ill. - Sam Kerr scored in the ninth minute and the Chicago Red Stars advanced to the National Women's Soccer League championship match with a 1-0 victory over the Portland Thorns on Sunday.

The Red Stars are heading to a final for the first time after four straight semifinal losses. They'll play the North Carolina Courage, which defeated the Reign FC 4-1 in Sunday's early semifinal.

The Red Stars finished second in the league with a 14-8-2 regular-season record, including victories in their final five games.

Kerr, the league's Golden Boot winner, scored 18 goals in 21 matches to break her own league record for goals in a single season. Widely expected to leave the NWSL and play in Europe next season, Kerr's goal Sunday was her first ever in the playoffs.

The Thorns, who finished third in the standings with an 11-6-7 record, had won just once in the last five matches with only one goal over that span. Portland had not dropped a match to the Red Stars since the 2013 season.