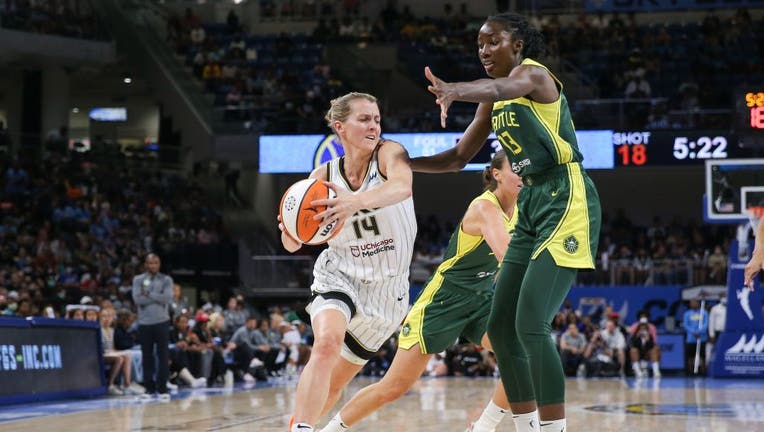 CHICAGO - Breanna Stewart had 25 points and nine rebounds, Gabby Williams added 21 points and seven assists, and the Seattle Storm set a WNBA record with 37 assists in a 111-100 victory over the Chicago Sky on Tuesday night.

Seattle also set a franchise record for scoring in any half with 66 first-half points, but the Storm only led by 11 points after Chicago closed on a 13-4 run. The 121 combined first-half points were the most in a first half this season in the WNBA.

Despite the loss, Chicago (25-9) is still in the driver’s seat to earn the No. 1 seed in the playoffs, sitting one game ahead of second-place Las Vegas, which beat Atlanta 97-90 later Tuesday night. Seattle (21-13) moved a game in front of Washington for the No. 4 seed, and the Storm hold the tiebreaker with the Mystics for homecourt in the first round.

Seattle led by as many as 22 points in the second half and hit the century mark with 4:50 left in the fourth.

Courtney Vandersloot led Chicago with 28 points, going 10 of 15 from the field and 7 of 10 at the stripe, and she added seven assists. Kahleah Copper scored 17 points, Candace Parker had 14 points and Azura Stevens added 12.

Seattle was without head coach Noelle Quinn after she tested positive for COVID-19 and was in the league’s health and safety protocols.