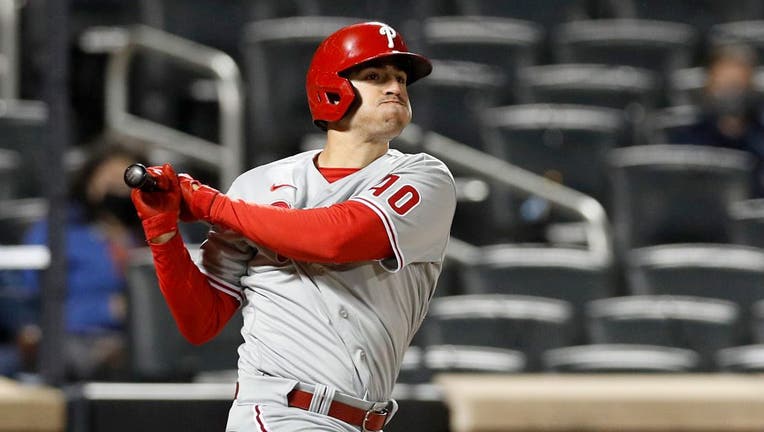 Adam Haseley #40 of the Philadelphia Phillies in action against the New York Mets at Citi Field on April 13, 2021 in New York City. The Mets defeated the Phillies 4-0. (Photo by Jim McIsaac/Getty Images)

GLENDALE, Ariz. - The Chicago White Sox acquired outfielder Adam Haseley in a trade with the Philadelphia Phillies on Tuesday.

Chicago sent minor league pitcher McKinley Moore to Philadelphia for Haseley, a .264 hitter over parts of three big league seasons. Outfielder Blake Rutherford was designed for assignment by the reigning AL Central champions to make room on their 40-man roster.

Haseley was selected by Philadelphia with the No. 8 overall pick in the 2017 amateur draft. He made his big league debut in 2019, batting .266 with five homers and 26 RBIs in 67 games.

Haseley was the Phillies’ opening day center fielder last year, but he appeared in just nine games with the big league club. He hit .233 in 56 games in the minors.