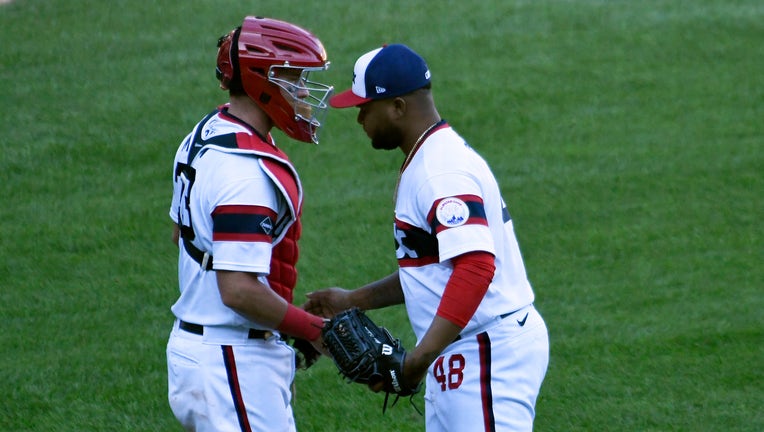 Alex Colome #48 of the Chicago White Sox and James McCann #33 celebrate their 5-2 win against the Detroit Tigers on September 13, 2020 in Chicago.

AL Central-leading Chicago tuned up for a big series against Minnesota with its ninth consecutive victory against Detroit.

The second-place Twins visit the Windy City on Monday for the opener of a four-game set.

Jimenez had two hits and two RBIs for the White Sox, who have won eight of nine overall.

Jose Abreu had a run-scoring single for his major league-best 48th RBI.