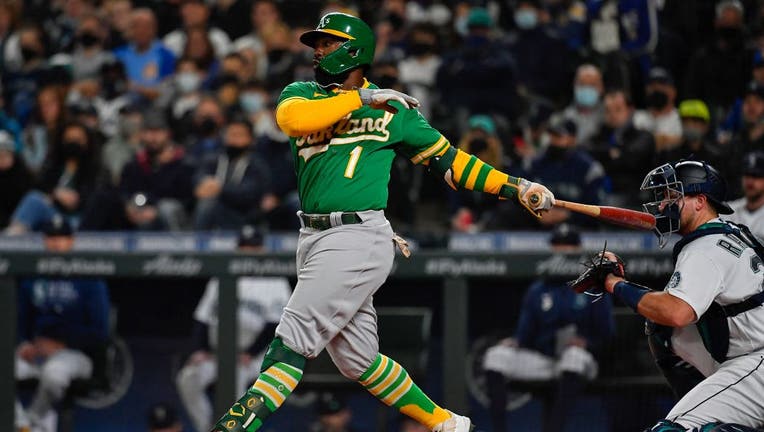 Josh Harrison #1 of the Oakland Athletics swings at a pitch during the second inning against the Seattle Mariners at T-Mobile Park on September 29, 2021 in Seattle, Washington. (Photo by Alika Jenner/Getty Images)

Harrison has played second base, third base, shortstop and all outfield positions over 11 seasons with Pittsburgh, Washington, Detroit and Oakland. He is likely to play second base, allowing Leury Garcia to remain in a utility role.

Harrison batted a combined .279 for Washington and Oakland last season. The Nationals traded him and catcher Yan Gomes to the Athletics prior to the July 30 deadline as part of a major shakeup in which they also dealt ace Max Scherzer and star shortstop Trea Turner to the Los Angeles Dodgers and reliever Daniel Hudson to San Diego.