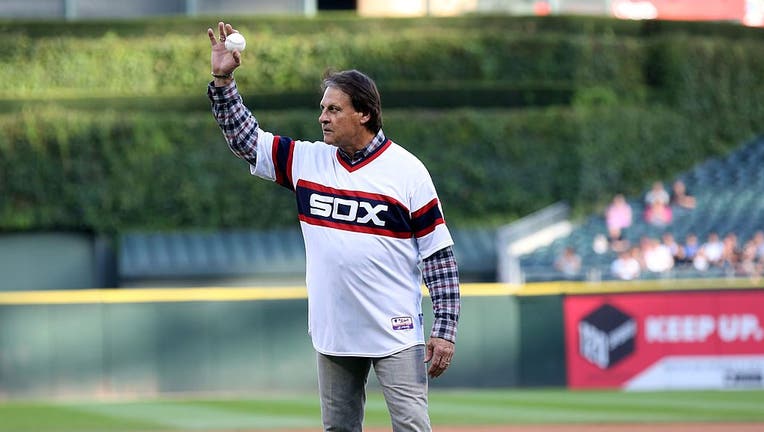 CHICAGO - Tony La Russa didn’t envision returning to the dugout when he stood at the podium in Cooperstown six years ago and took his place alongside baseball’s greats.

That started to change the past few seasons. And he simply couldn’t resist the opportunity the Chicago White Sox gave him.

Tony La Russa, the Hall of Famer who won a World Series with the Oakland Athletics and two more with the St. Louis Cardinals, is returning to manage the Chicago White Sox 34 years after they fired him.

“How rare it is to get an opportunity to manage a team that’s this talented and this close to winning,” La Russa said. “Most of the time your chances are the opposite. The combination of looking forward to getting back down there and ... the White Sox making the call with a chance to win sooner rather than later, I’m excited that they made that choice and looking forward to what’s ahead.”

The 76-year-old La Russa rejoins the franchise where his managing career began more than four decades ago. He takes over for Rick Renteria after what the White Sox insisted was a mutual agreement to split.

“We are extremely excited about the future of this team,” general manager Rick Hahn said Thursday. “As we showed in 2020, this is a young, talented club that we expect to only grow better and better in the coming years. Adding in a Hall of Fame manager who is recognized as being one of the best in the history of the game, we are a step closer to our goal of bringing White Sox fans another championship.”

La Russa inherits a team loaded with young stars and productive veterans that made the playoffs for the first time since 2008, only to sputter down the stretch and get knocked out in the wild-card round.

He becomes the oldest manager in the major leagues by five years. Houston’s Dusty Baker is 71.

“While I have had other inquiries about managing since retiring, this opportunity with the White Sox brings together a number of important factors that make this the right time and the right place,” La Russa said. “The on-field talent is amazing, and the front office, led by Kenny Williams and Rick Hahn, has done everything necessary to create an atmosphere of long-term success. All of those factors aligned to make this a tremendous opportunity, and I am excited to get going as soon as possible by building a coaching staff and getting to work.”

La Russa, who started his managing career with the White Sox during the 1979 season, is returning to the dugout for the first time since 2011, when he led St. Louis past Texas in the World Series. He also won championships with Oakland in 1989 and the Cardinals in 2006.

LaRussa got his first major league managing job at age 34 when the White Sox promoted him from Triple-A to replace the fired Don Kessinger. He took over that August and led them to a 522-510 record over parts of eight seasons.

The 1983 team won 99 games on the way to the AL West championship — Chicago’s first playoff appearance since the 1959 Go-Go White Sox won the pennant. But he was fired in 1986 by then-general manager Ken Harrelson after the White Sox got off to a 26-38 start.

“His hiring is not based on friendship or on what happened years ago, but on the fact that we have the opportunity to have one of the greatest managers in the game’s history in our dugout at a time when we believe our team is poised for great accomplishments,” Reinsdorf said.

The move is a surprise considering how long it’s been since La Russa was in the dugout. General manager Rick Hahn said the White Sox were looking for someone who has “experience with a championship organization in recent years.”

Former Houston manager AJ Hinch and ex-Boston skipper Alex Cora fit that description. Both were suspended by Major League Baseball for the 2020 season for their roles in the Astros’ sign stealing scandal, and both lost their manager jobs. Their punishments ended this week.

Though he hasn’t been in a dugout in nine years, La Russa has remained a part of the game.

In May 2014, he was hired by the Arizona Diamondbacks to oversee their baseball operation. They signed Zack Greinke to a $206.5 million deal following the 2015 season. La Russa got demoted to an advisory role following a 93-loss season in 2016 and joined Boston’s front office as a special assistant to then-president Dave Dombrowski in November 2017.

La Russa was with the Red Sox when they hired Cora and won the World Series in 2018. And he spent last season as a senior advisor for baseball operations with the Los Angeles Angels, assisting in player development. Whether any of manager Joe Maddon’s eccentricities rubbed off on him remains to be seen.

Maddon keeps a loose and fun atmosphere, whether it’s having a magician or zoo animals at the ballpark or showing up for a spring training workout decked out in tie-dye with a 1970s van blasting Earth, Wind & Fire’s “Shining Star.” La Russa, of course, was known more for his scowl than his smile. Now, he’s taking on a vibrant and outgoing team, where sky high bat-flips by Tim Anderson seem almost as common as pop flies.

Then again, he’s no stranger to managing outsized personalities. He had Rickey Henderson and Jose Canseco in Oakland, after all.

The White Sox have never made back-to-back playoff appearances. But after ending a string of seven losing seasons, they are in position to change that.

They have a core of young players on team-friendly deals, starting with Anderson. Veteran José Abreu put himself in the running for AL MVP by driving in 60 runs. Ace Lucas Giolito pitched his first no-hitter.

Eloy Jiménez hit .296 with 14 homers and 41 RBIs. Luis Robert, who agreed to a $50 million, six-year contract in January, showed star potential in a roller-coaster rookie year. He got off to a great start and hit a massive homer in the playoff series against Oakland, though he also slumped in September.

Now, the White Sox are banking on La Russa to help push them to championships, just as he did with Oakland and St. Louis.