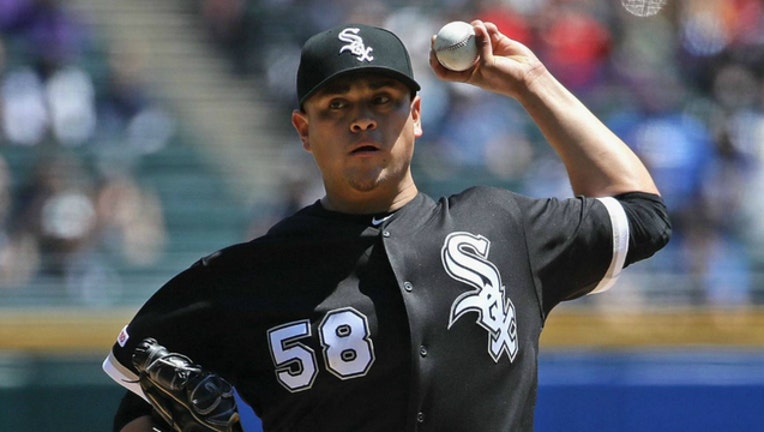 CHICAGO (AP) - White Sox left-hander Manny Bañuelos has been placed on the injured list, another blow to a Chicago pitching staff that already lost Carlos Rodón and Nate Jones for the season this week.

Bañuelos left the fifth inning of a 9-0 loss against Cleveland on Tuesday because a strained left shoulder. Bañuelos said he started to feel discomfort in the fourth inning, when he couldn't extend his arm properly.

"I wasn't doing it because I was scared that something bad could happen to my shoulder, or something could have popped out," Bañuelos said through a translator. "I wasn't able to extend my arm as I used to. That was one of the side effects of my command right after that pitch that was in the fourth inning."

Bañuelos is 2-3 with a 7.26 ERA in five starts and four relief appearances. He was scheduled to start Monday against Houston.

He was put on the 10-day injured list retroactive to Wednesday.

Right-hander José Ruiz was recalled from Triple-A Charlotte, where he has a 5.40 ERA in 11 appearances this season.