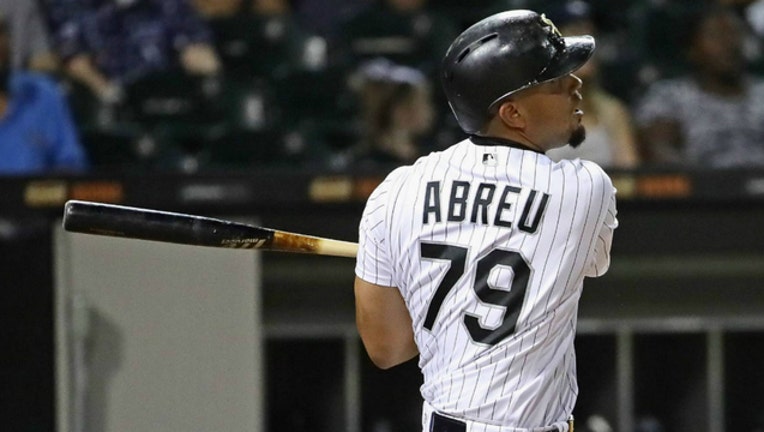 BOSTON (AP) - Boston starter Chris Sale won't mind getting just about as far away from Fenway Park as he can.

The Red Sox left-hander had yet another rough start at home against the Chicago White Sox on Wednesday, and by the time he returns it will be an entire year since he last won a regular-season game in Boston.

"For some reason, I suck here," he said before the ballclub left for London for a two-game series against the New York Yankees. "I don't know what it is."

José Abreu hit a two-run homer over the Green Monster in the ninth inning - his third hit of the game - and Chicago recovered after blowing the lead in the eighth to beat Boston 8-7. Abreu had four RBIs, and Leury García also had three hits for Chicago.

James McCann had an RBI single and added a solo home run against Sale as Chicago pounced on the Boston starter for five runs in the first three innings. In all, Sale allowed six hits and a walk, hitting two batters and striking out 10 against his former team.

Chicago had leads of 3-0, 5-2 and 6-4 before the Red Sox scored three in the eighth to take a 7-6 lead and hand White Sox closer Alex Colomé (3-1) his first blown save in 17 opportunities. But Matt Barnes (3-3) gave up three straight hits in the top of the ninth - García was caught stealing - including Abreu's 19th homer of the season.

"When they took the lead, we didn't feel down," Abreu said through an interpreter. "We kept our head up and we kept fighting until the end."

Sale, who allowed six of the first seven batters to reach safely, retired the last 10 he faced, striking out the side in the sixth. He avoided the loss when Xander Bogaerts hit a two-run single in a three-run eighth inning to make it 7-6 - Boston's only lead of the game.

Rafael Devers, who went 4-for-4 on Tuesday night, had three more hits and scored three times for Boston. J.D. Martinez hit a two-run homer and also had an RBI double for the Red Sox.

After blowing the save in the eighth, Colomé walked Jackie Bradley Jr. to lead off the ninth and then retired the next three batters to end it.

"He's not a guy that lets it bother him," Chicago manager Rick Renteria said.

Leading 6-4 in the eighth, Evan Marshall gave up a one-out single to Eduardo Núñez and a double to pinch-hitter Brock Holt. Colomé got Mookie Betts to hit a hard grounder and third baseman Jóse Rondón came home with it.

Núñez slid in safely head-first. Devers grounded out to the pitcher, but Bogaerts bounced a single up the middle to give Boston a 7-6 lead.

Both teams gave away runs on bad fielding plays.

Ryan Cordell beat out a slow roller to third base in the third inning. Jon Jay, who had been on second, rounded third and scored easily while Red Sox first baseman Michael Chavis was looking at the umpire, delaying the throw home.

Devers scored on a wild pitch to make it 5-3 when pitcher Reynaldo López failed to cover home.

Home plate umpire Roberto Ortiz needed attention from the Red Sox medical staff in the third inning after taking a foul ball off his right forearm. He had it wrapped but remained in the game.

McCann hit the next pitch into the Green Monster seats to make it 4-2.

Steven Wright made his season debut after serving an 80-game suspension for violating the policy against performance-enhancing drugs. The knuckleballer pitched the eighth, striking out one and hitting a batter.

White Sox: SS Tim Anderson was in a walking boot a day after spraining his right ankle while fielding a grounder. ... 3B Yóan Moncada was hit by a pitch on the right knee in the first inning and left the game. ... RF Charlie Tilson left the game with flu-like symptoms in the seventh inning.

Red Sox: OF Andrew Benintendi was given the second straight day off to rest, but he was available off the bench. Manager Alex Cora said his "legs felt heavy."

Red Sox: Travel to London for two-game series against the Yankees, Saturday and Sunday. Rick Porcello (5-7) will face Masahiro Tanaka (5-5) in the first game.