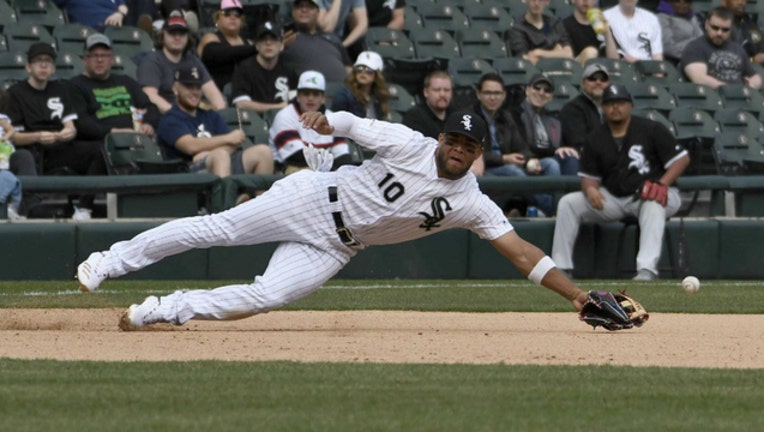 CHICAGO - The Chicago White Sox signaled better days are coming. Maybe next season, they will make the big breakthrough.

With young stars establishing themselves in the majors and promising prospects in the pipeline, there is a strong sense on the South Side that this string of losing seasons is finally about to end.

"Definitely," star shortstop Tim Anderson said. "We've got the guys to do it. I'm just excited to be in the mix of it. I think next year is going to be even better."

The White Sox went 72-89 in their seventh straight losing season and missed the playoffs for the 13th time in 14 years since the 2005 team won the World Series. But they won 10 more games than they did a year ago and the big steps taken by their young core players have generated plenty of optimism.

They saw Lucas Giolito emerge as an ace, Anderson hit for the highest average in the majors (.335), Yoan Moncada break through and rookie Eloy Jimenez show the pop they envisioned. And they see more in the pipeline.

"You look around the clubhouse you see players like Giolito, Tim Anderson, Moncada, I'm sure I'm missing guys," All-Star catcher James McCann said. "From an individual standpoint, there's a lot of players who had growth. But also from a team standpoint, the development of chemistry within this locker room, the culture that was put in place last year and has continued to develop this year -- from a team standpoint I think we're on the right track. And going into this offseason and the next spring training is going to be a big thing for this organization."

Jose Abreu has made it clear he wants to remain in Chicago and the White Sox would like to re-sign him. The Cuban slugger bounced back after struggling down the stretch a year ago, driving in an American League-leading 123 runs to go with a .284 average and 33 homers. He also made his third All-Star team in six major league seasons. Along with his contributions on the field, he is a popular player in the clubhouse.

The White Sox made big pitches to Bryce Harper and Manny Machado last winter, only to strike out on both superstar sluggers. As for this offseason, general manager Rick Hahn said adding a right fielder, designated hitter and starting pitcher are on his to-do list.

For Giolito, it was quite a turnaround.

The 25-year-old right-hander went from posting the majors' highest ERA among qualifiers last season to making his first All-Star team, finishing 14-9 with a 3.41 ERA in 29 starts. Giolito also threw the first two shutouts of his career before getting shut down because of a mild lat strain in mid-September.

If Michael Kopech bounces back from Tommy John surgery last September and Dylan Cease becomes the pitcher the White Sox envision  -- both are 23 -- they could have the makings of a solid rotation. Kopech, who showed some promise in his first four major league starts last season, is expected to be ready next year. Cease showed some flashes after he debuted in July, going 4-7 with a 5.79 ERA in 14 starts.

White Sox fans who hoped to see Luis Robert in the majors this season figure to get their wish next spring. The prized center fielder from Cuba tore it up in the minors, combining to hit 328 with 32 homers, 92 RBIs and 36 steals at Class A, Double-A and Triple-A. But with service-time issues surrounding him, the White Sox opted not to call him up. Second baseman Nick Madrigal also figures to debut. A first-round pick in 2018, he combined to hit  .311 with only 16 strikeouts in 473 at-bats while working his way from Class A to Double-A and Triple-A.

With their young players stepping up and Abreu having a strong season, the White Sox finished with the eighth-highest average in the majors. Though they were only 24th in runs, they believe they have the makings of a strong lineup.

Assuming Abreu re-signs and Robert and Madrigal deliver, the White Sox could have a potent lineup next season.