Chicago - Wednesday will be the warmest day in the Chicago area since Christmas as highs climb into the 50s. The HRRR model suggest highs could soar to near 60 degrees. By late Thursday, it will feel more than 40 degrees colder as wind chill readings drop into the single digits as heavy wet snow falls. 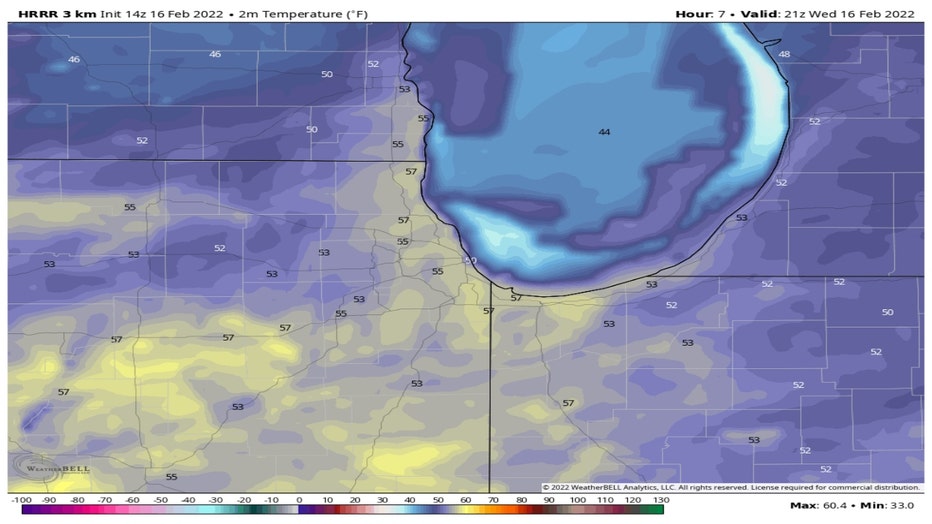 Before the snow arrives, there will be a period of freezing rain and sleet. The National Weather Service issued a timeline of when to expect the transition from a mix over to snow. Most of us will start off with a mix early Thursday and then see it change over to completely snow later in the morning or even toward midday. 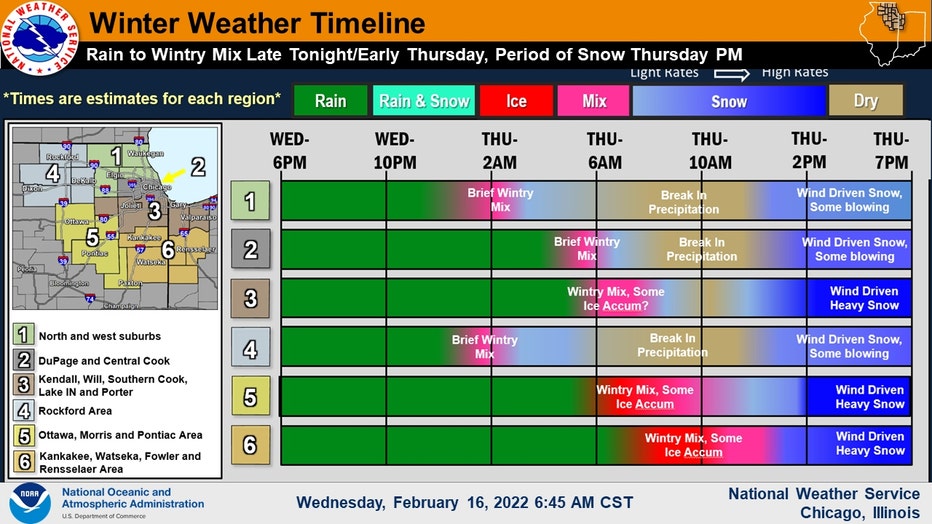 The bulk of the snow will fall from midday into the early evening. It's possible snow could fall at the rate of around 1 inch per-hour. The National Weather Service's Winter Storm Severity Index, or WSSI, reflects the changes in the forecast for the placement of the swath of heaviest snow. It slides the impacted areas a bit further south.

The suburbs just north and northwest of Chicago should have at least "minor impacts". That means "rarely a direct threat to life and property. Typically results in an inconvenience to daily life".

The city of Chicago and adjacent western suburbs along with a large area south of the city could see "moderate impacts". That means "often threatening to life and property, some damage unavoidable. Typically results in disruptions to daily life". 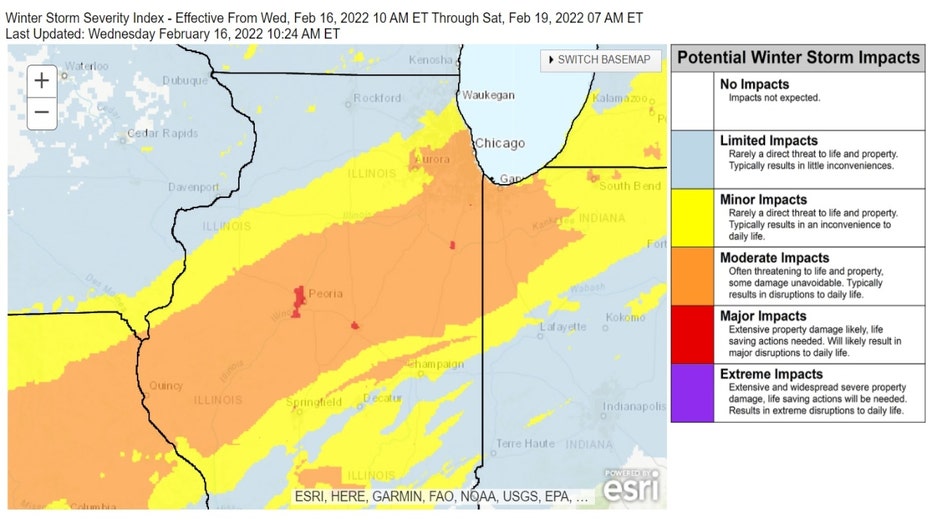 An updated meteogram for O'Hare shows an array of models suggesting anywhere between 2 inches to 10 inches of snow is possible there. Most models are clustered in the 2 to 6 inch range. That is a reduction in the snowfall forecast from Tuesday. 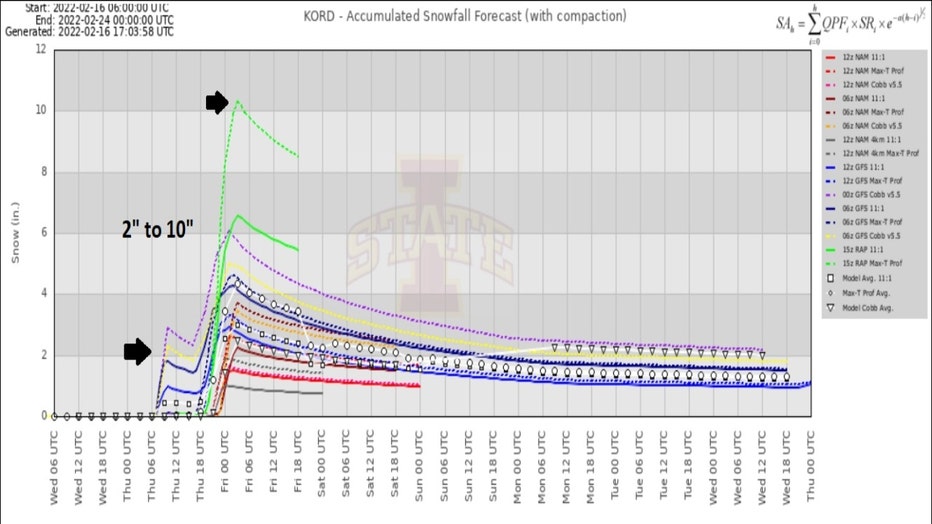 South suburbs have seen a boost in the forecast snowfall totals. The meteogram for Kankakee shows most models spitting out about 6 to 11 inches of snow. This again reflects the adjusted forecast that moves the heaviest swath of snow a bit south compared to earlier forecasts. 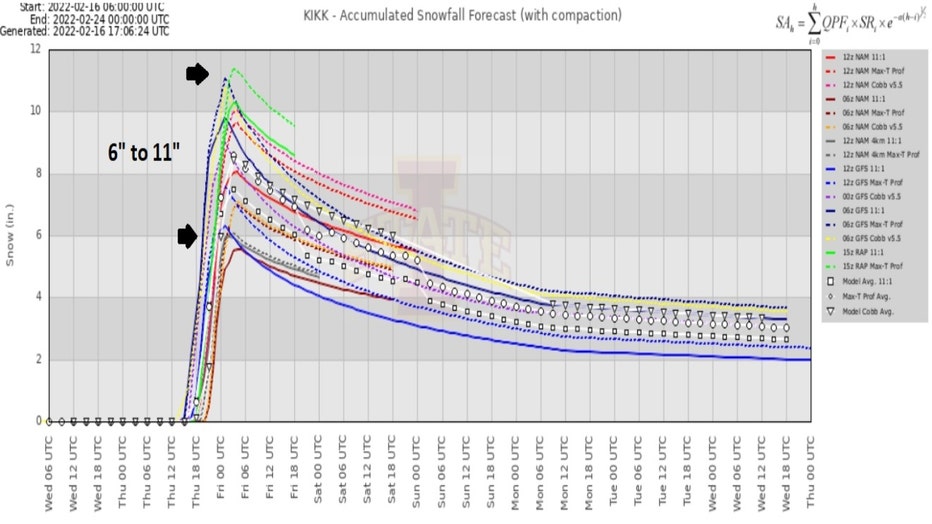 The GFS model has come around more to the ECMWF, or European model, and has nudged the heaviest snow band more south of Chicago. It suggests about 6 inches of snow in the city with up to nearly a foot well south of the city. 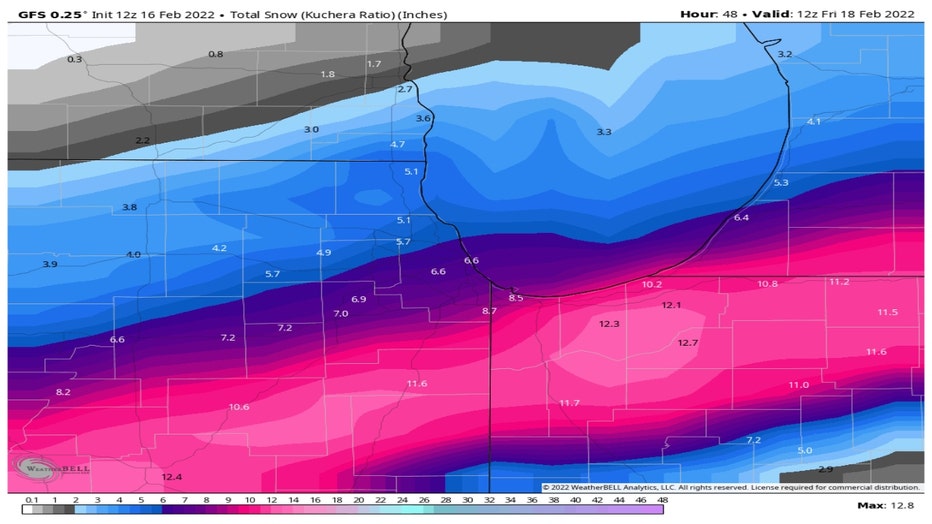 The European model squeezes out about 4 inches in Chicago with up to 10 inches well south of the city. It has been a little more consistent with placement of the heaviest snow, but the amounts have trended upwards with the latest model runs. 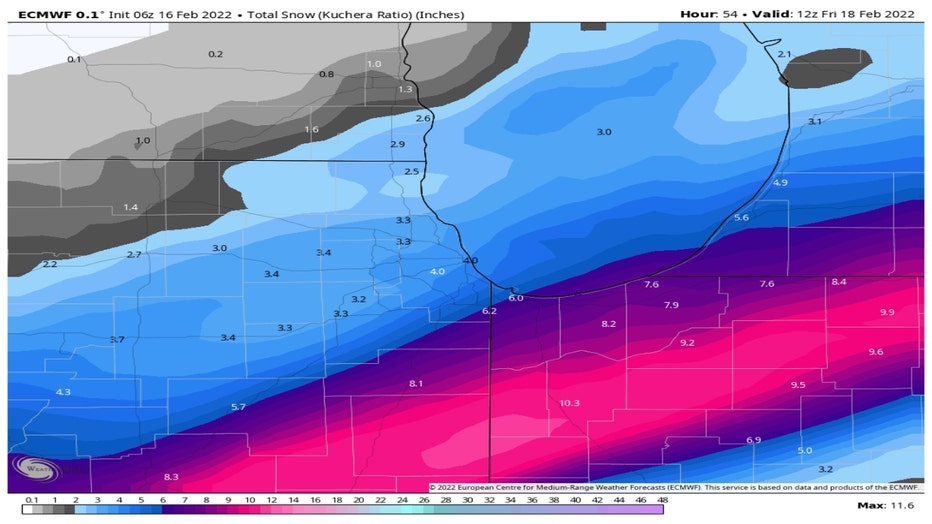 I still think a compromise between the two makes the most sense. That would mean about 4 to 7 inches in Chicago and nearby suburbs, 2 to 5 inches for our northern and far northwestern suburbs and 6 to 10 inches well south of the city.

The limiting factor for areas well south is how much of the precipitation with this system stay liquid before changing to snow and whether there are some significant breaks from snow during the day Thursday there. 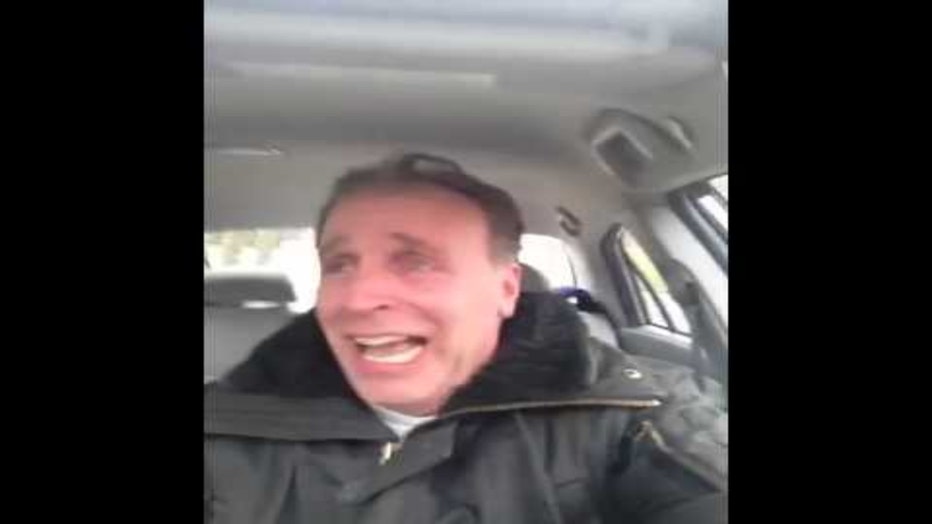 Now is the time to buy the bread and milk and get ready to settle in tonight and tomorrow for our next storm.