CHICAGO - Meteorological fall is a week old. Sept. 1 was the first day of autumn. I've noticed some signs of fall already. Large groups of geese are gathering and flying in their "v" formation. Daylight is shrinking as the sun comes up later and sets sooner.

The very beginning of the appearance of fall colors is being reported in parts of the U.P. where some minimal color change is happening.

Here are some links for following the fall colors as they change in the Midwest:

Smokymountains.com has an interactive fall foliage prediction map that covers the whole country. It predicts peak fall colors in northern Illinois around Oct. 17-24. 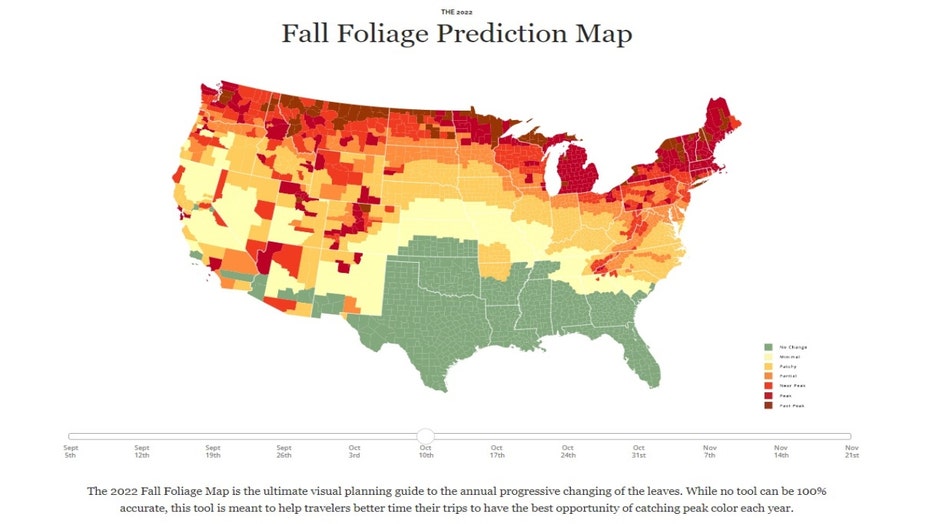 There are many things that impact our fall colors. According to the U.S. Department of Agriculture, "a succession of warm, sunny days and cool, crisp but not freezing nights seems to bring about the most spectacular color displays".

Drought can also have an impact by making the colors more lackluster and less vibrant. The good news is that none of northern Illinois is in a drought. There are some spots that are on the verge of dipping into a drought. It is considered "abnormally dry" from about the city on southward past Kankakee. 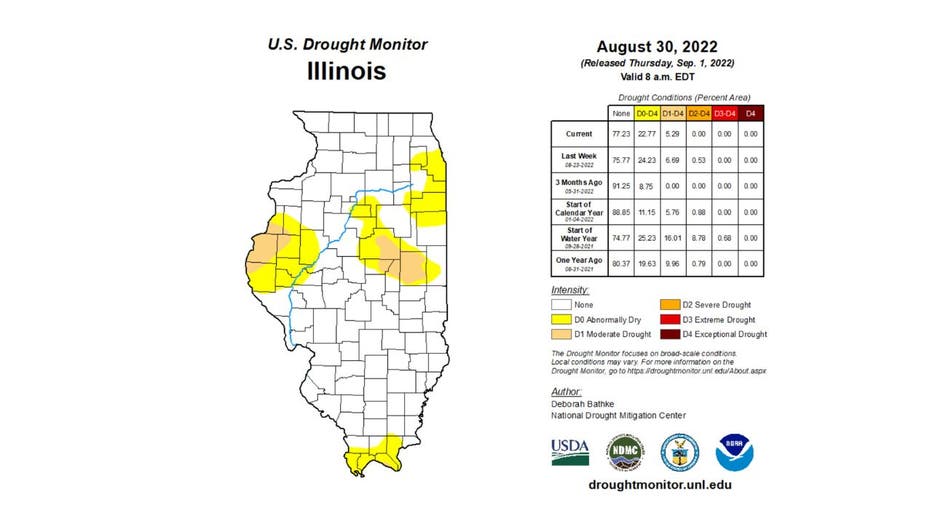 The longer range fall forecast has us "leaning below" average in terms of precipitation. So it is still possible a portion of our area could slip into a moderate drought. That could mean the fall colors won't be as fantastic there compared to areas that are doing ok in terms of rainfall.

Too much rain is also a problem. It can make trees more vulnerable to fungal diseases. The stress that causes on trees could also diminish the vibrancy of the fall colors show. A combination of wet and windy weather also has a negative impact. The rain and wind can simply strip the trees of their leaves. 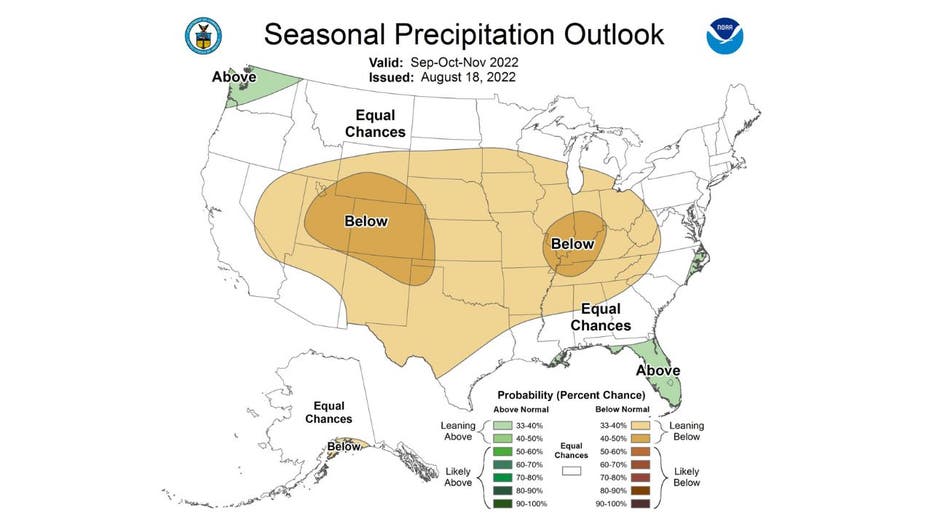 The requirement of many warm sunny days may be met. The long range fall temperature outlook has us "leaning above" average from September through November. 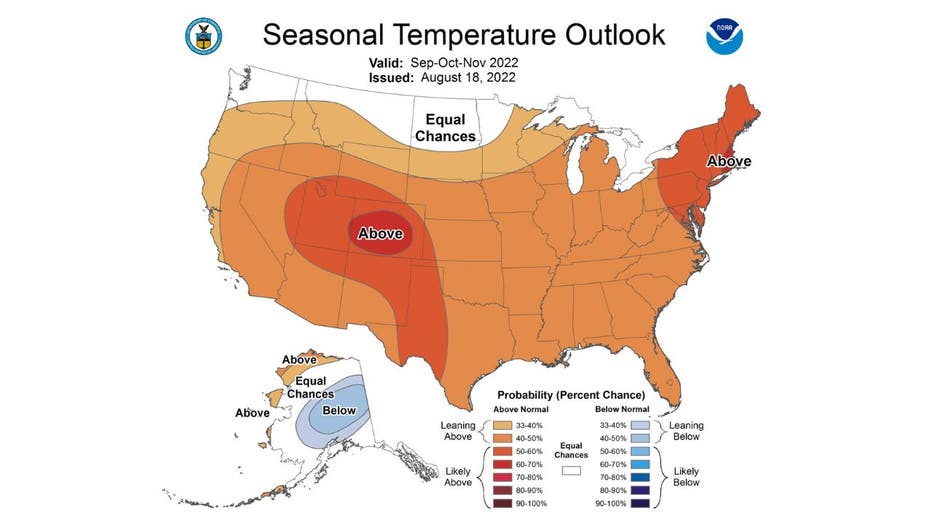 Certain pigments of colors are constant through the life of a leaf and break through like clockwork when the chlorophyll levels fall and greens give way to shades of orange, for example. The red hues can vary more from year to year since they are more sensitive to things like light, moisture and temperature. That makes them more difficult to predict.

The longest range forecasts aren't good for fall colors. Climate change is both delaying and dulling the annual autumn show.