CHICAGO - We can't seem to get a solid start to spring in Chicago. We manage to string together a few relatively warmer days but then inevitably see a setback. So far the month is running nearly 3 degrees below average and today was the seventh day out of 18 so far this month that at least a trace of snow has fallen at O'Hare.

Some spots picked up one to two inches of slushy wet snow on day that felt more like February than the middle of April. Topping the list was Maple Park which is just east of DeKalb. Nearly three inches of snow fell there between last night and today.

It won't just be rain and snow falling today at times. We could also see some graupel. A very unstable atmosphere could lead to the formation of this peculiar type of precipitation. 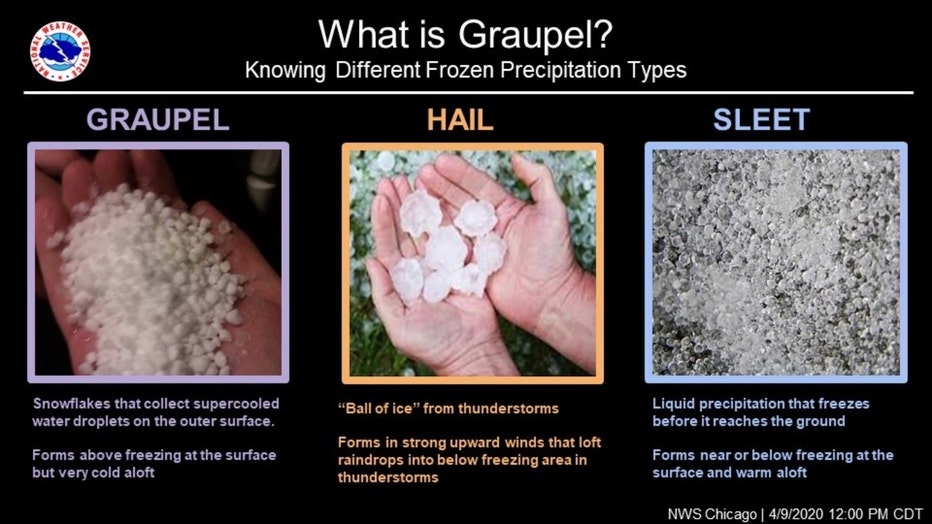 It's all part of a week of weather whiplash in Chicago. Today's highs should fail to climb above the 40s. So we will go from wet snow to start the week to near 70 degrees by Thursday and near 80 degrees by Saturday.

The National Blend Of Models (or NBM) shows the rollercoaster ride we will be on in terms of temperatures over the next ten days. 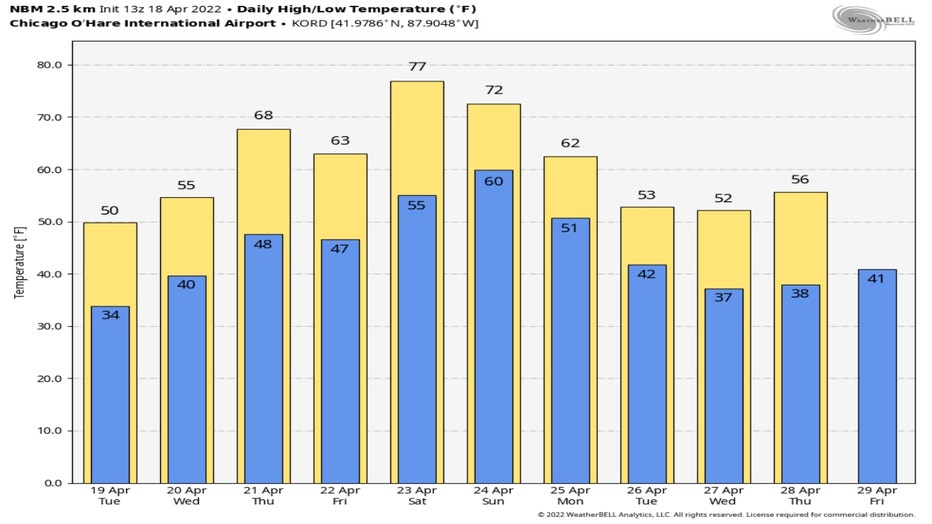 We should string together five straight days with highs of 60 degrees or warmer from Thursday through next Tuesday. 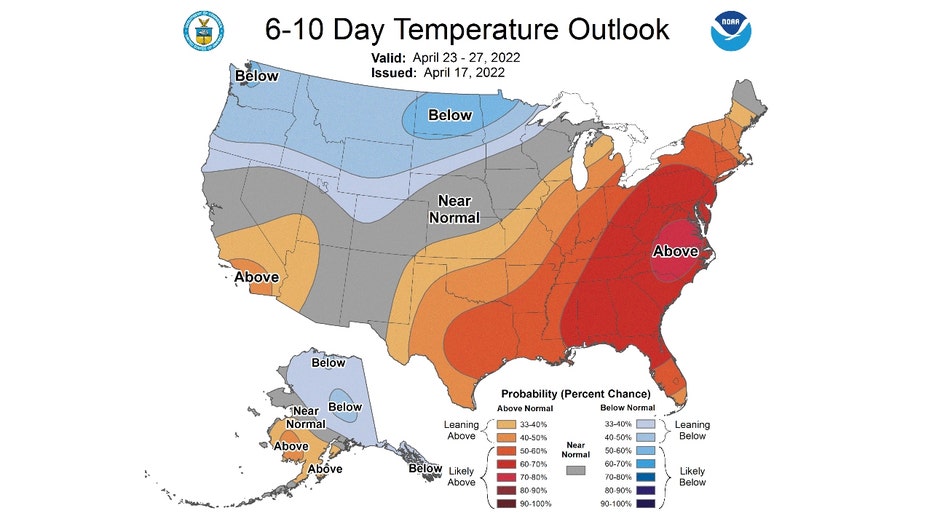 We could switch to a cooler pattern by the middle of next week. The 8-14 day temperature outlook has "likely below" normal for the period that starts a week from today and continues the following Sunday.

It would be nice to be able to say today's snow will be the last we see until next fall but Chicagoans know better. The latest last trace of snow or more for spring occurred on May 25, 1924. 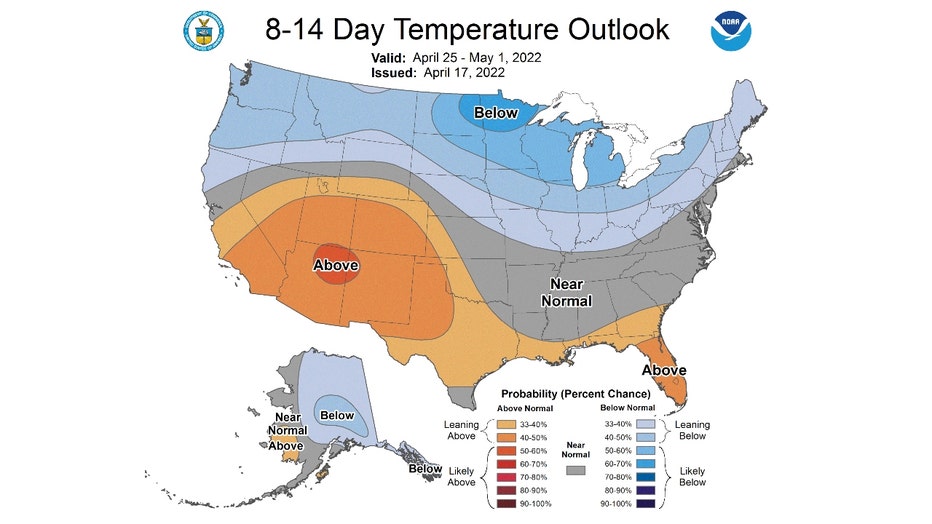