Chicago - Chicago set a new record for heat on Wednesday, as the temperature hit 90 degrees at O'Hare International Airport, where official records are kept. The previous record high there for today's date was 89 degrees, set back in 1982. This is the second day in a row for record heat here.

Highs soared to July-like levels on Tuesday. Midway set a new record when it hit a high of 92 degrees yesterday to beat the old record of 91 degrees that was set in 2011. Previous years when we have been this hot this early we end up seeing over 30 90 degree days. That nearly doubles what we see in a typical year. 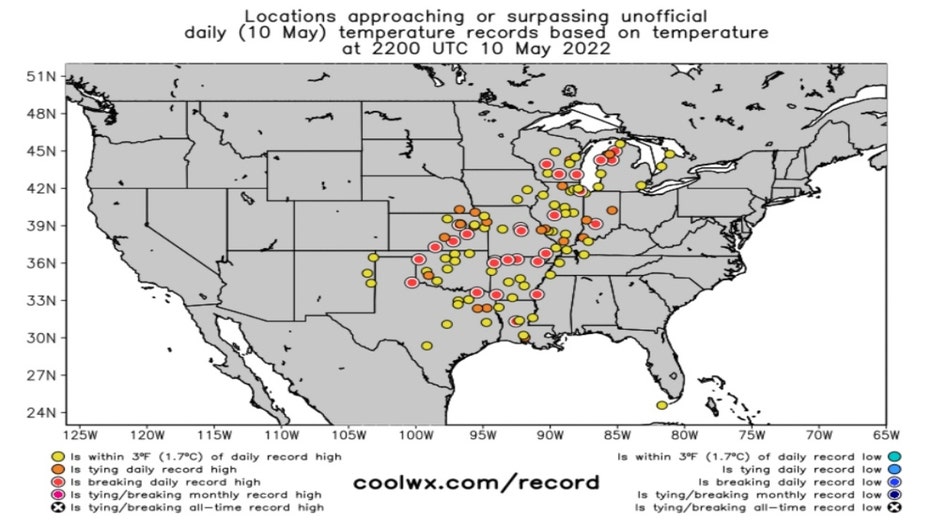 Coolwx.com keeps track of record and near record highs across the country. Yesterday's map has several red dots signifying several record highs were broken. Records fell from Michigan to Texas. Just under a dozen states saw heat soar to record levels on Tuesday.

Is this something we need to get used to in a world that is warming? 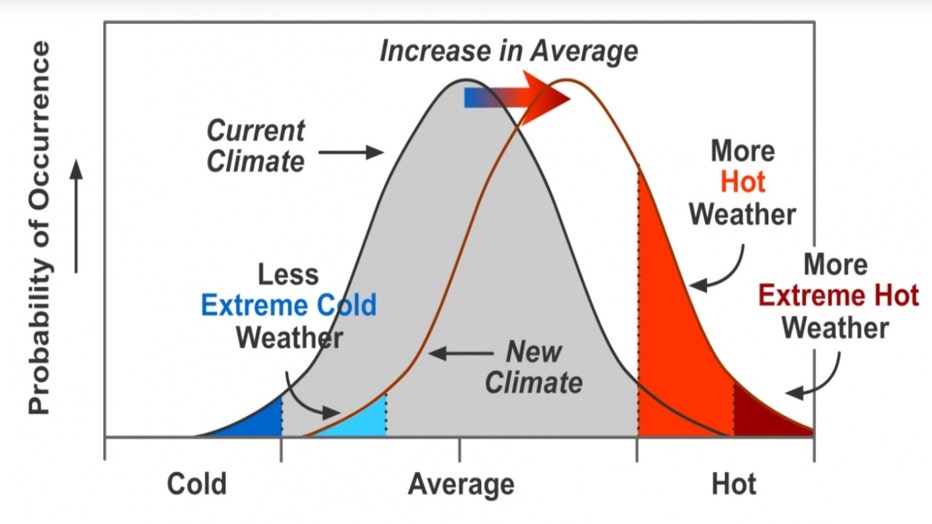 The effect on extreme temperatures when the mean temperature increases, for a normal temperature distribution. (IPCC & climatesignals.org)

The month of April set a record for the highest level of carbon dioxide in our atmosphere in human history. CO2 is a greenhouse gas that traps heat and is the main culprit behind climate change. The Intergovernmental Panel On Climate Change is made up of scientists from nearly 200 countries. They issue frequent reports on the state of our climate. The IPCC says we should get used to an increase in record heat. The ratio of record warm temperatures compared to record cold has increased and will continue to do so. 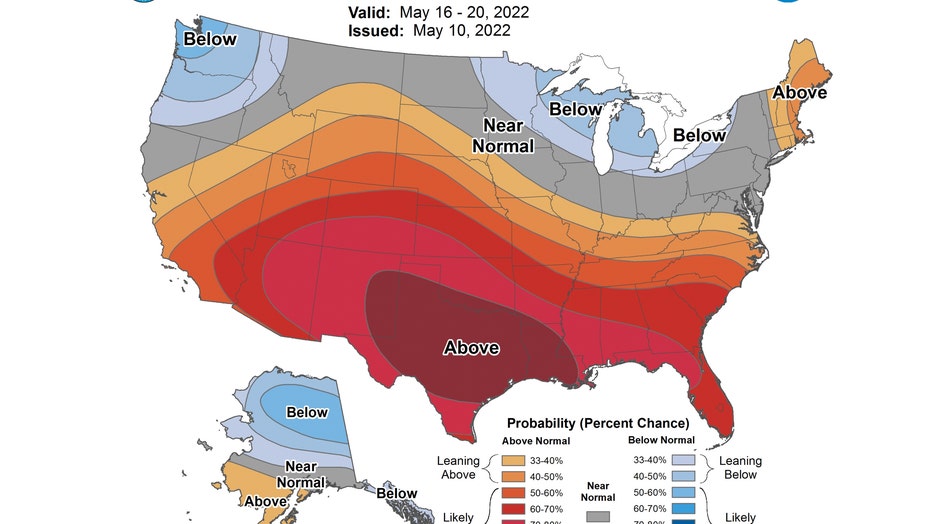 Thursday's record high for O'Hare is 92 degrees. While our highs could warm to near 90 degrees Thursday, it looks like that record will remain unchanged. We cool off just a bit on Friday and then continue to cool off this weekend.

Both the 6-10 day and 8-14 day temperature outlook forecasts from the Climate Prediction Center have us "near normal". This covers the period from next Monday through the following weekend and ends a week from this upcoming Tuesday. 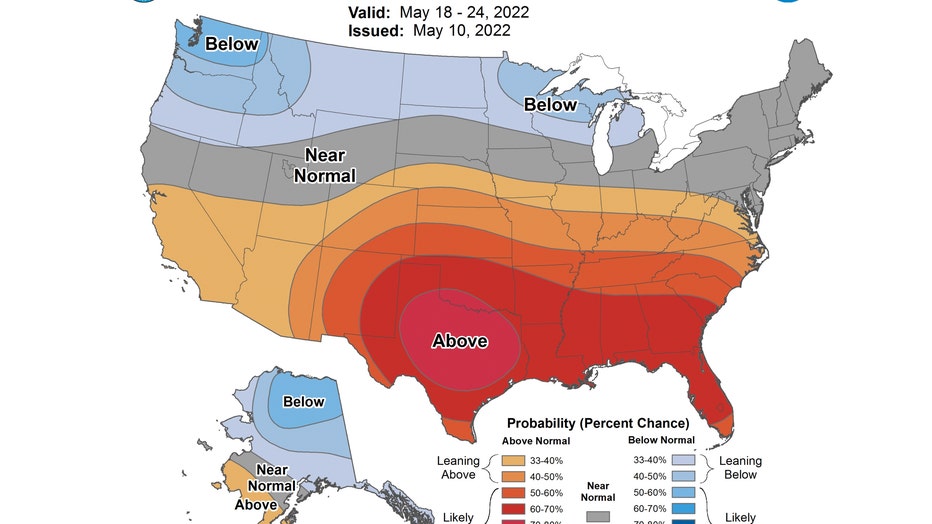 Both of these longer range temperature forecasts focus the heat mainly south and southwest of Chicago. 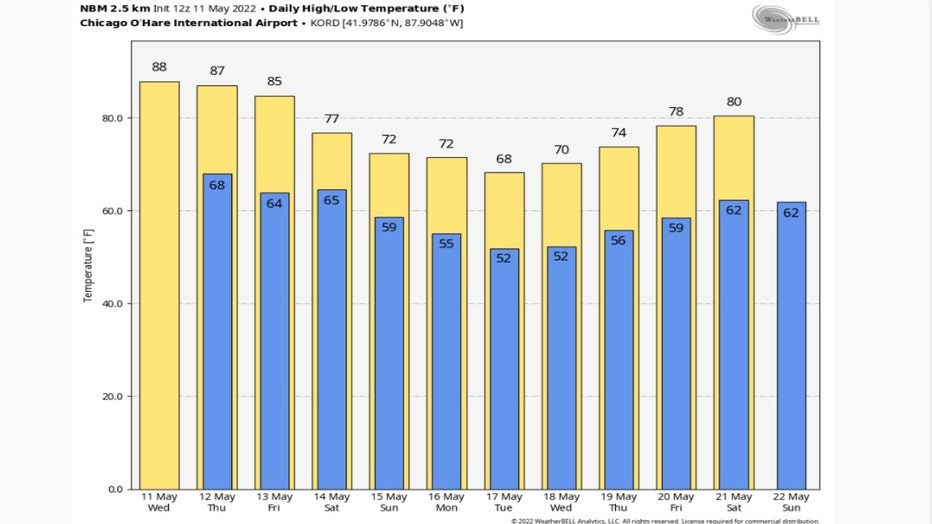 The National Blend Of Models long range forecast also confirms we won't be setting any new record highs through at least May 21. It has our highs well above average through Friday with middle to upper 80s expected. Those are typical temperatures for the middle of July.

It then has highs sliding into the upper 60s by Tuesday before warming back to 80 degrees a week from Saturday. Our average highs increase from 69 degrees for today's date to the lower 70s by the end of next week.