A flash freeze is possible as temperatures drop dramatically in a short period of time. Cheyenne, Wyoming dropped 40 degrees in 35 minutes yesterday. Our drop might not be as rapid, but it should be impressive.

A chunk of the polar vortex will visit, but it should be brief. This cold blast will have us shivering as it shakes up some of Chicago's record books. The worst of the cold will come on a frigid Friday. The combination of strong winds (gusting to 50 mph) and cold temperatures will make it feel like 20 to 30 below much of the day. 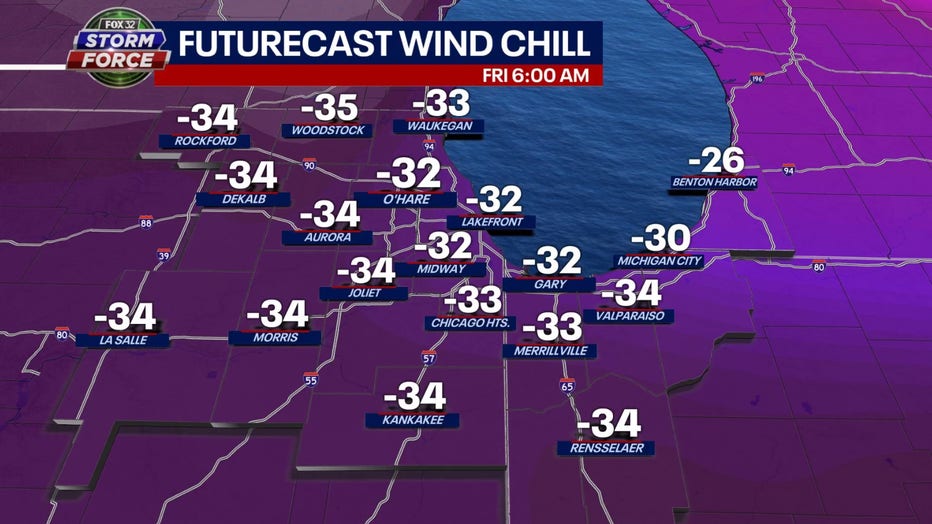 The wind chills around daybreak Friday could dip down to 35 degrees below zero. Wind chills should stay subzero all weekend long. 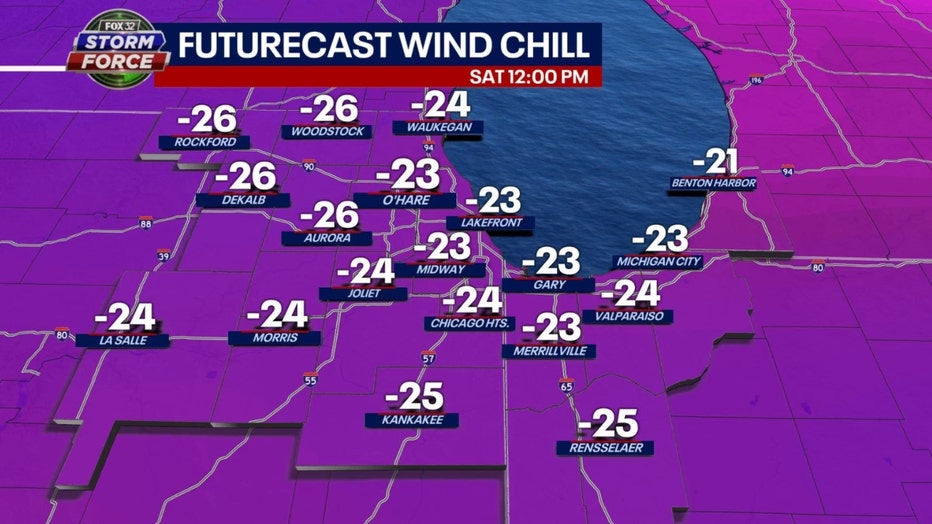 Bitter Bear weather expected for the Bears' game at Soldier Field on Saturday. Kickoff is at noon when wind chills could be around 20 degrees below zero according to the GFS model. That would make it the coldest Bears' game at Soldier Field on record in terms of wind chill temperatures. The coldest was on December 18th, 1983 with a temperature of just one degree and a wind chill of 17 degrees below zero. 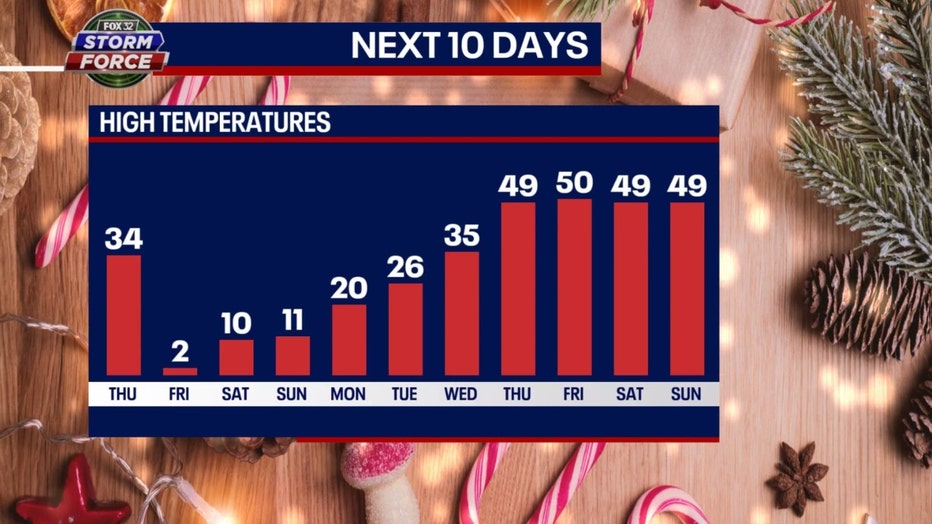 The high may only hit 11 degrees on Christmas day. That would rank this Christmas as the 7th coldest on record. The coldest Christmas ever for Chicago was also in 1983. The high only hit 5 degrees below zero.

Brace yourself for some weather whiplash. Our model has us bouncing back nearly 40 degrees in just about five days. We go from nearly 20 degrees below average on Sunday to nearly 20 degrees above average by next Thursday.

The long-term forecasts from the Climate Prediction Center still have a strong signal for a relatively mild end to 2022 and start to 2023. 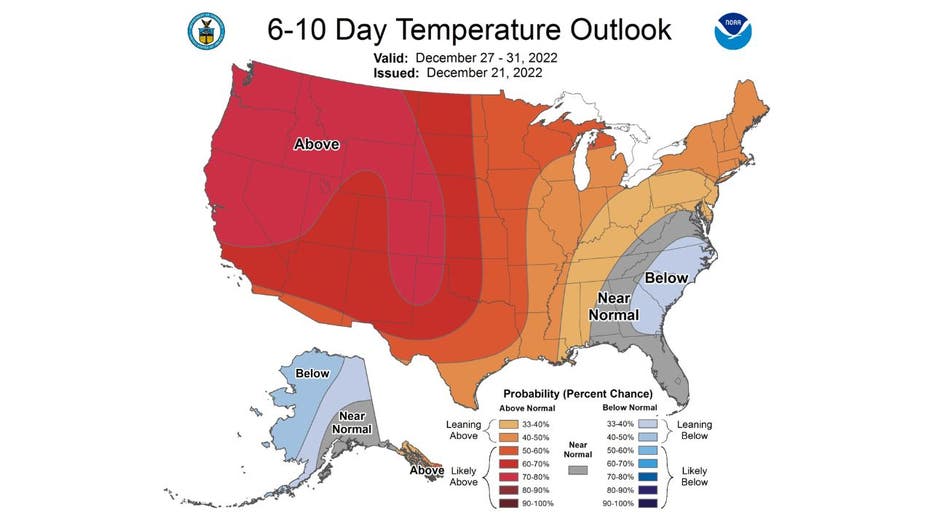 The 6-10 day temperature outlook has us forecast to be above average from Tuesday through the following Saturday. We will be "leaning above" average overall for the period. Notice a lot of the country is painted with a warm color. This mild pattern will expand even further east by the end of the year. 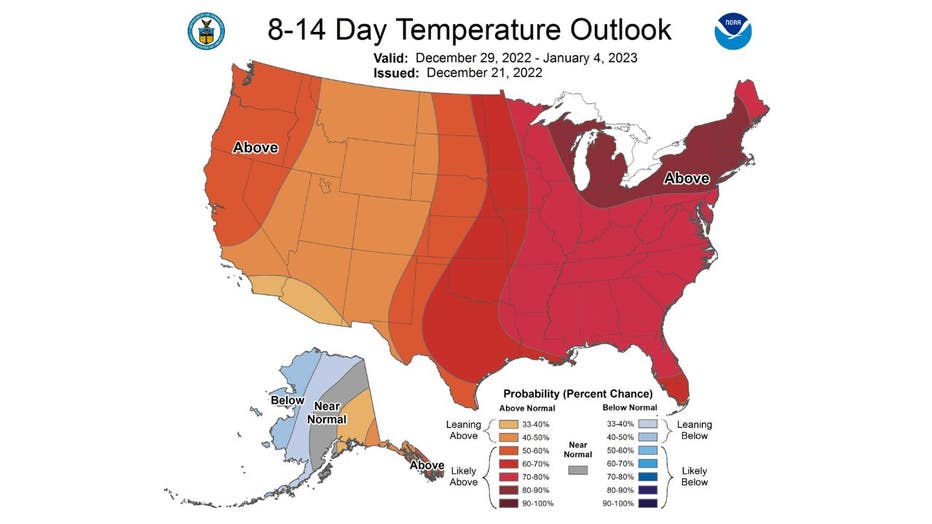 The 8-14 day temperature outlook has us "likely above" average overall from next Thursday through the following Wednesday. We have a 70 to 90 percent probability of seeing an above average finish to this year and start to the next.

Remember this when your teeth are chattering later today and don't stop through the weekend.

Chicago forecast: Snowstorm is the nightmare before Christmas