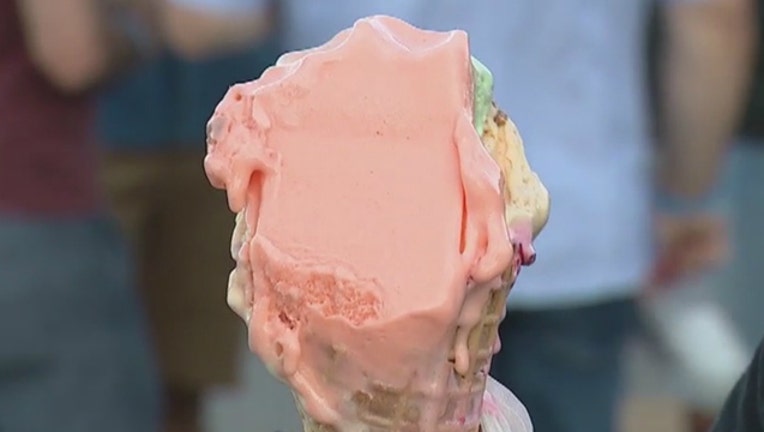 CHICAGO - It was so hot in Chicago on Wednesday that the fire department had to transport eight people for heat exhaustion.

First responders were busy Wednesday afternoon taking care of Taste-goers who were overcome by the heat.

“It was super-hot before, I couldn’t even walk,” said Felipe Bautista III. “I was tired; I got tired like super-fast.”

The soaring temperatures created problems across the city. Commuters had to wait a little longer as South Shore line trains had to take it slow to minimize damage to trains and tracks.

City crews also had to spray the steel bridge at 92nd and Ewing to keep it cool so it can open and close all the way.

Still, as the sun went down, those hitting the 39th annual Taste of Chicago were keeping a glass-half-full attitude.

“We’ve been playing all day and it is very, very hot like in the 90s today,” said Aeryn Parker, a musician.

Thursday’s forecast looks a little more manageable, but there are cooling buses out there and misters to stay cool. The Taste opens up tomorrow at 11 a.m.