Chicago - Some sticking snow on the way for late Thursday into Friday morning. That will be followed by a blast of unseasonably cold air for Friday night and Saturday. Some spots could pick up over two inches of snow and all of us won't get out of the 20s for highs on Saturday.

Brace yourself for a couple of days of wintry weather, but the good news is that this could be the last of it for the next several months.

I have been posting about snow that arrives late today and moves out by lunchtime on Friday. My last look at the models shows still shows some differences among them in terms of snowfall amounts.

The GFS Model squeezes out a dusting to a couple tenths of an inch north of the city. It lays down about a half inch or a bit more in Chicago and saves the "heavier" snow for spots southwest of the city. It suggests nearly two inches for some of our southwest suburbs. 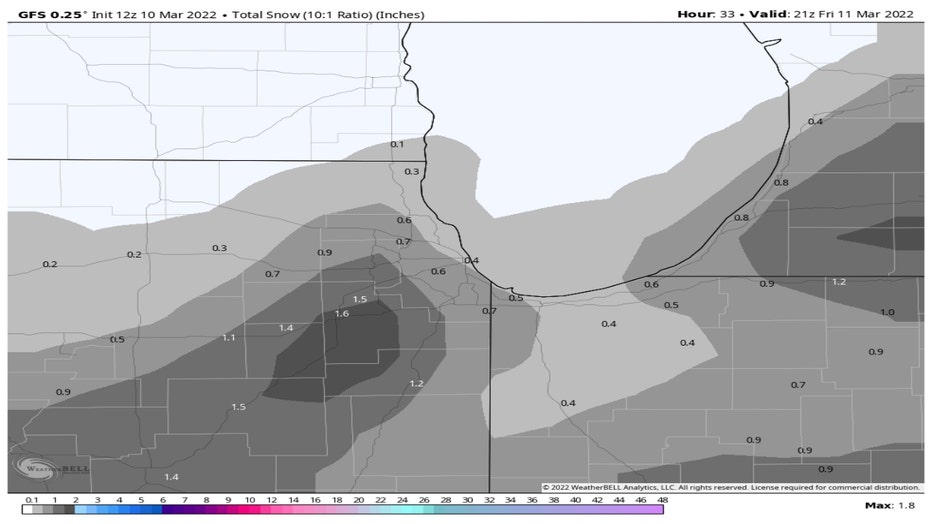 The European model is squeezing out a dusting to a few tenths of an inch from the Wisconsin state line to Chicago. It then bumps up the snowfall totals south of I-80. Our southern suburbs could get an inch or two according to this model. 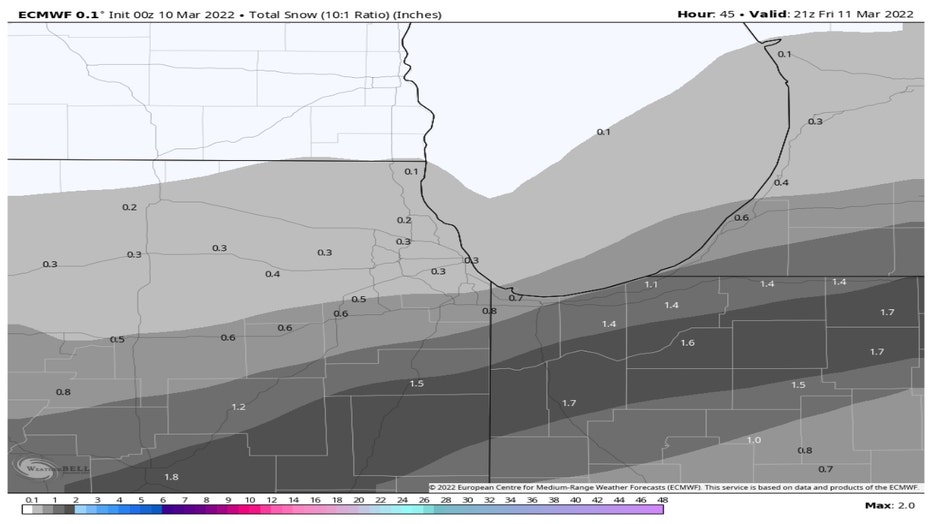 Last but not least, the NAM Model has higher totals in general. Just a few tenths well north of the city but in and around Chicago it squeezes out one to nearly three inches. It saves the heaviest snow for areas along and south of I-80 with nearly three inches in spots forecast there. 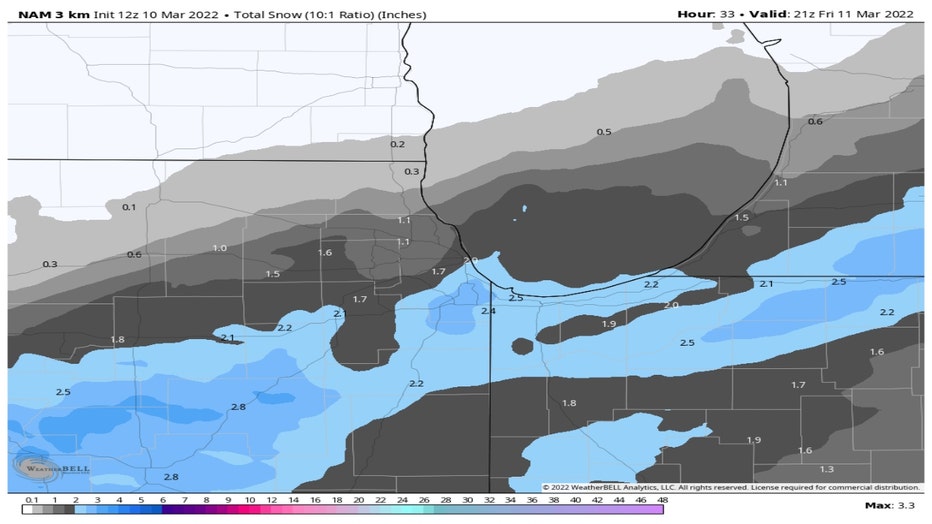 I am still thinking a dusting for our far northern suburbs with most of the area (including Chicago) picking up a half inch to an inch. Along and south of I-80 I expect upwards of two inches. Most of this fall overnight into daybreak on Friday.

The models are more in consensus on the cold coming behind the snow for Friday night and Saturday. The temperature anomaly forecast for Saturday morning has the middle of the country around 10° to over 20° below average. That means waking up to lows Saturday morning as chilly as the high single digits north and west of the city. 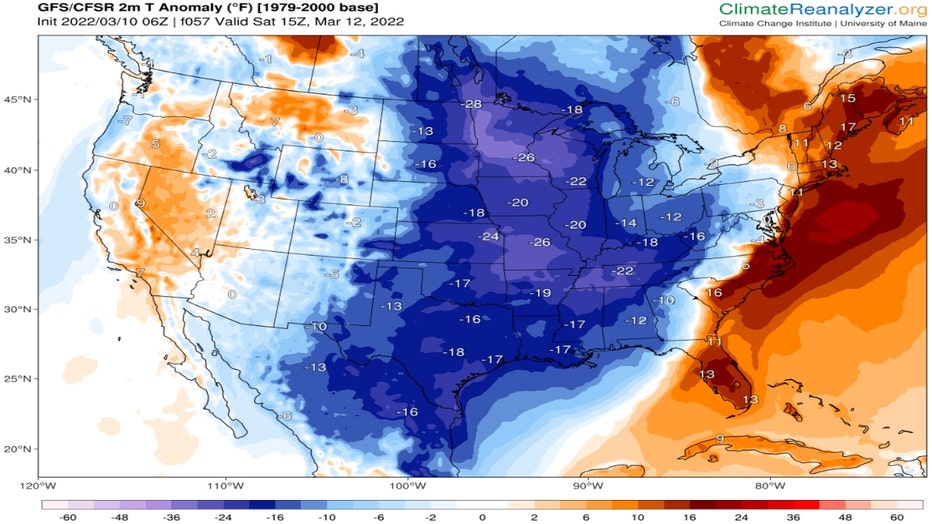 The GFS model has highs on Saturday only in the lower to middle 20s. That would be 20° below average. These temperatures are more typical for the middle of winter, not the beginning of spring. 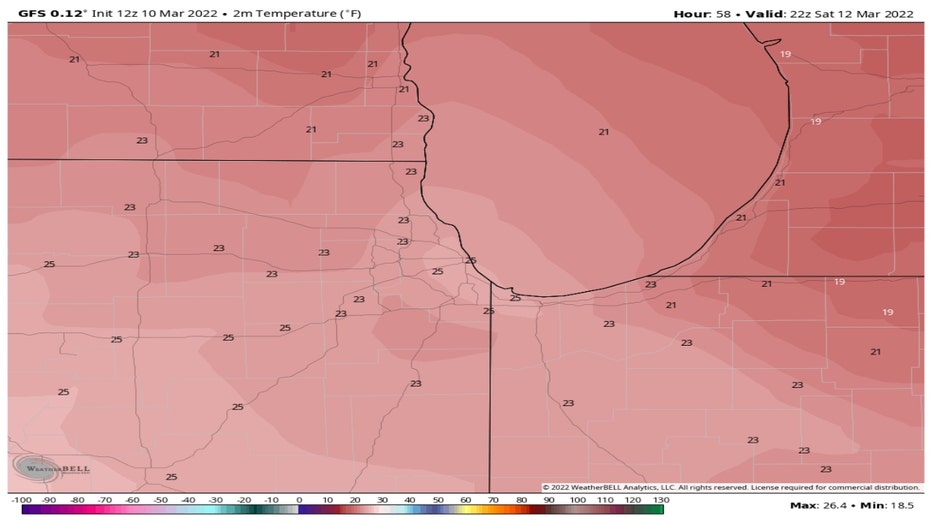 The National Blend Of Models still offers hope that this cold blast won't last long. We quickly climb to 50° or more by Sunday and warm into the 60s by the middle of the week. 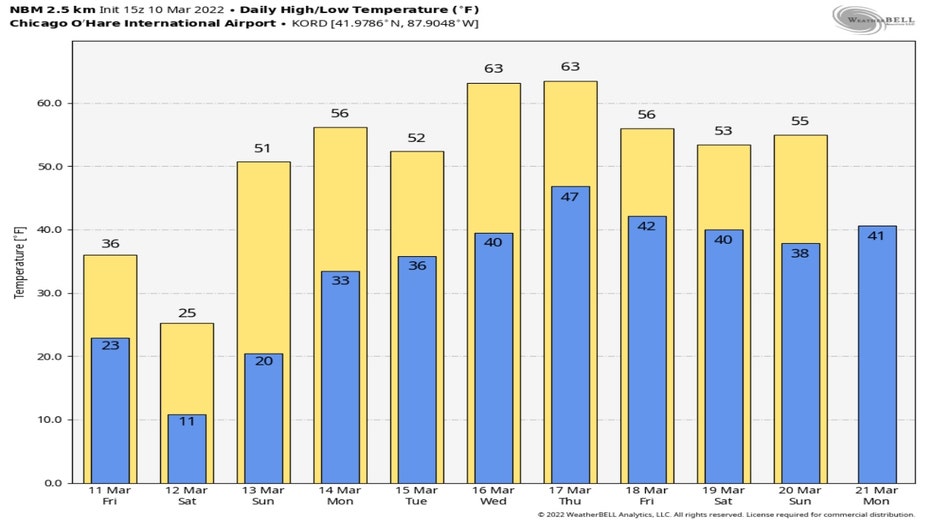 The 6-10 day temperature outlook from the Climate Prediction Center covers the period from next Tuesday to the following Saturday. It has us "likely above" average. 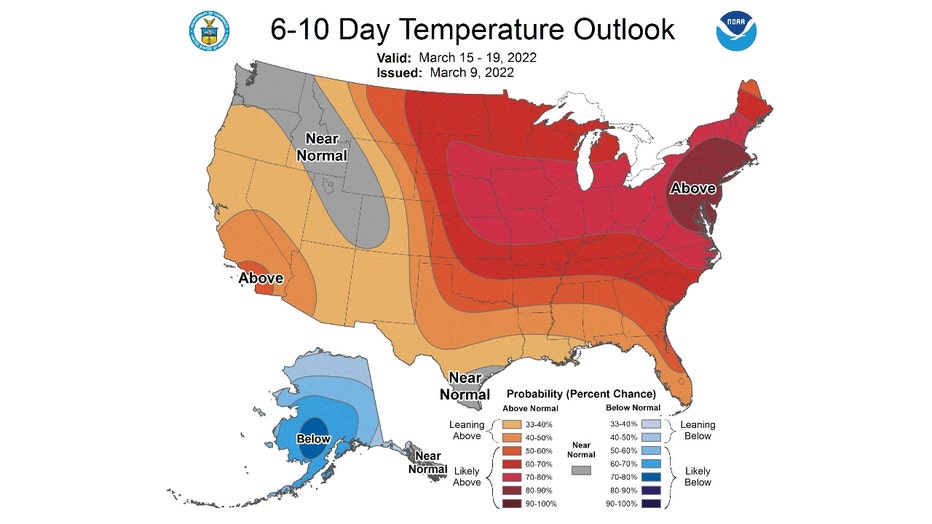 The warmth keeps on coming in the 8-14 day temperature outlook. It covers the period from next Thursday through the following Wednesday. It also has us "likely above" average. Both of these forecasts show strong signals for warmer than average weather for the middle of March. Average highs for this time of the year are in the upper 40s. 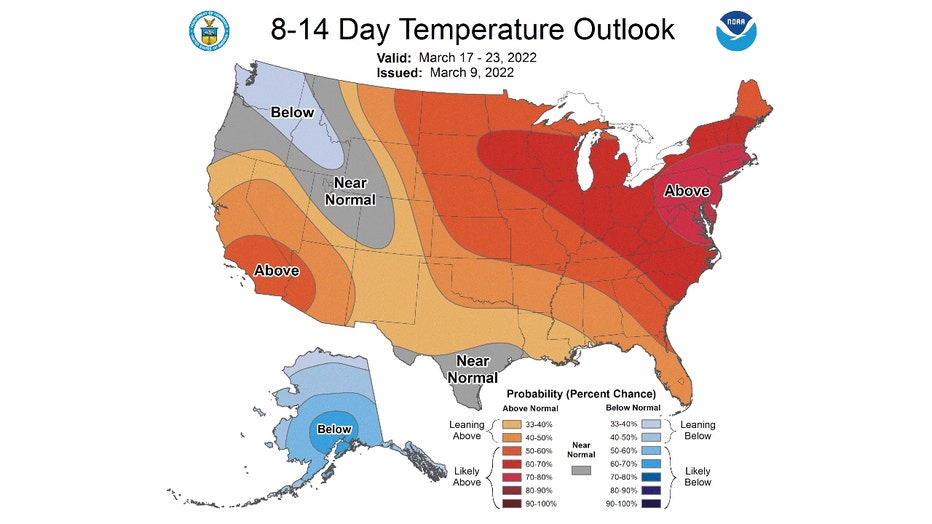 By the end of March our average highs have climbed into the lower 50s. The further we get into March and the deeper we dive in spring, the less likely we are to see the kind of cold and snow that is coming tonight through Saturday.