Chicago - After some sunshine Tuesday and Wednesday with temperatures around average, there is a pattern change coming for Chicago.

Temperatures tumble first with highs falling into the lower 30s Thursday and Friday. Even colder on Saturday when highs could be around 20 degrees below average. More on that below.

I started posting Sunday about our next chance for sticking snow that's on the way for late Thursday into Friday. My update on Monday noted that most models were expecting another 1 to 3 inches of snow. The models are more in disagreement as of today. The accumulated snowfall meteogram that compares several models is squeezing out as little as a quarter of an inch to as much as nearly 4 inches with most models in-between. These are forecasts for O'Hare. 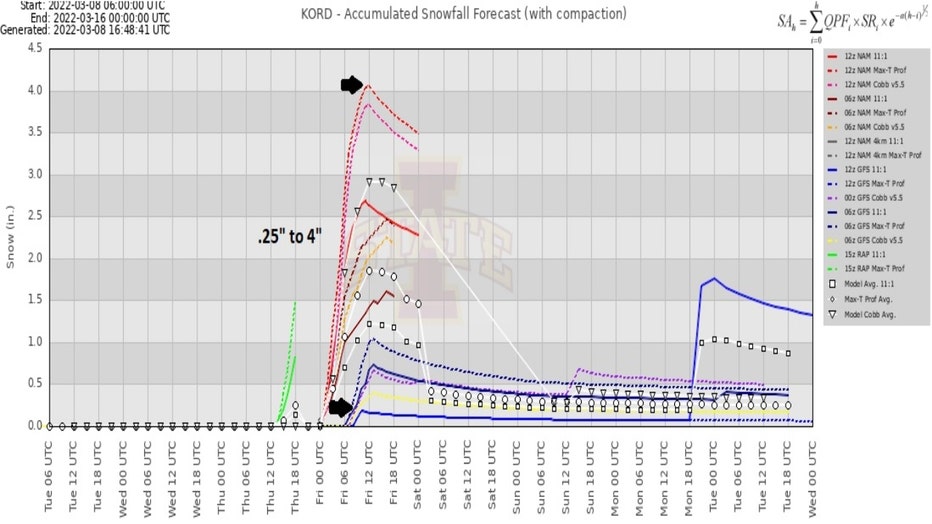 The GFS Model has shown the biggest change. It is now only spitting out a dusting to about a half inch of new snow. The "heavier" amounts are shown well south or southwest of the city. 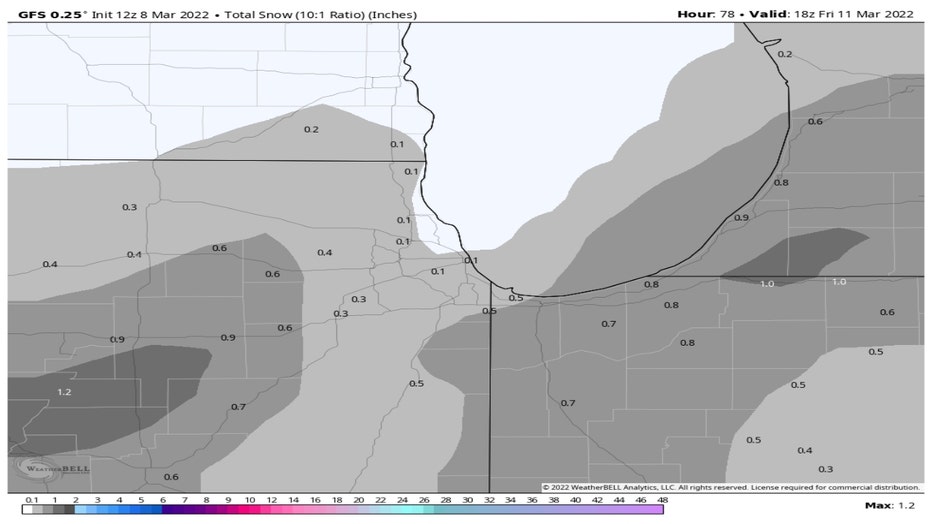 The European model is calling for 1 to a little over 2 inches of news snow. The swath of 2+ inches runs from near the south side of the city to our southwest suburbs. Like I cautioned yesterday, it is early and the numbers will undoubtedly change so stay tuned. 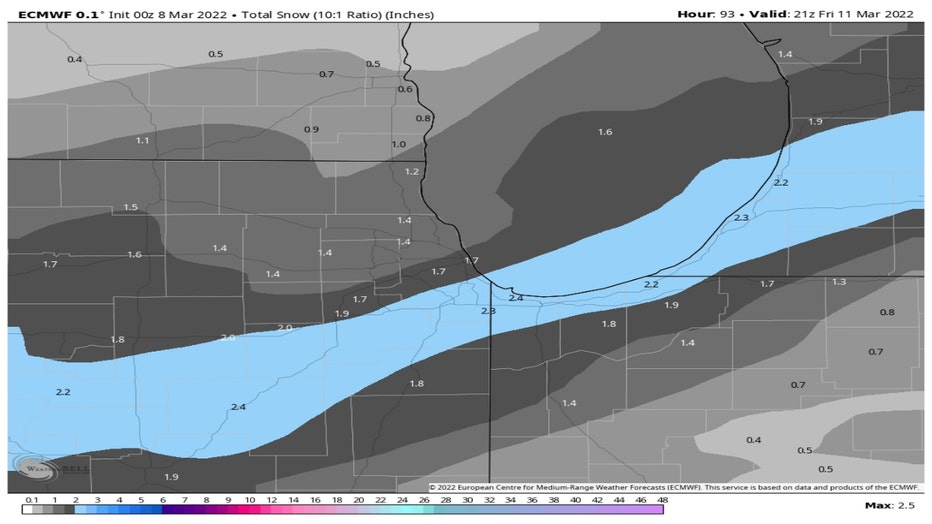 The one thing that has been consistent with the models is that the cold that is coming. The worst of it hits late Friday and into Saturday. The GFS temperature anomaly forecast for Saturday morning has us about 15 to 20 degrees below average. That means lows possibly dipping into the high single digits in our northwest suburbs Saturday morning and highs Saturday only reaching into the middle 20s. The average high for Saturday's date at O'Hare is 46 degrees with an average low of 30 degrees. 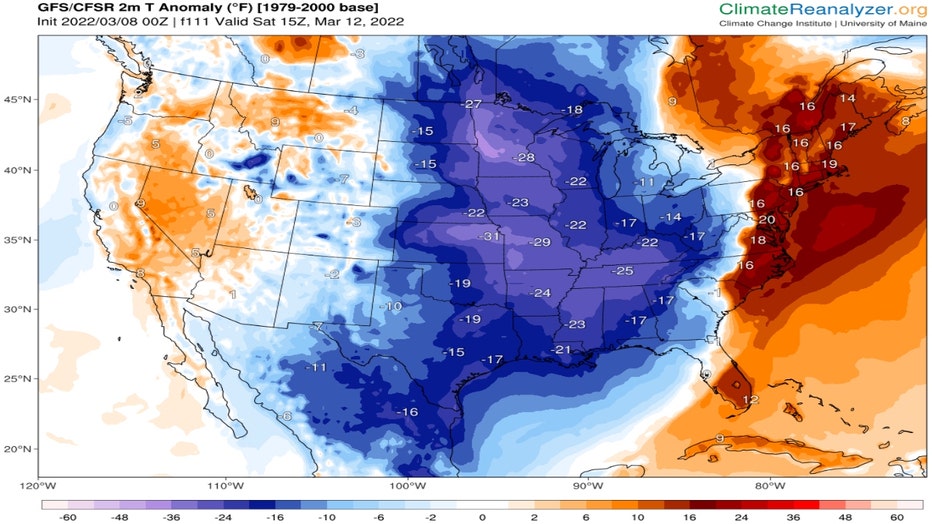 The National Blend Of Models does offer some signs of hope though. It shows our mini cold snap Thursday through Saturday but that is followed by a warm-up next week.

Even as early as Sunday our highs are approaching 50 degrees. We could be into the 50s for all of next week. Hang in there! 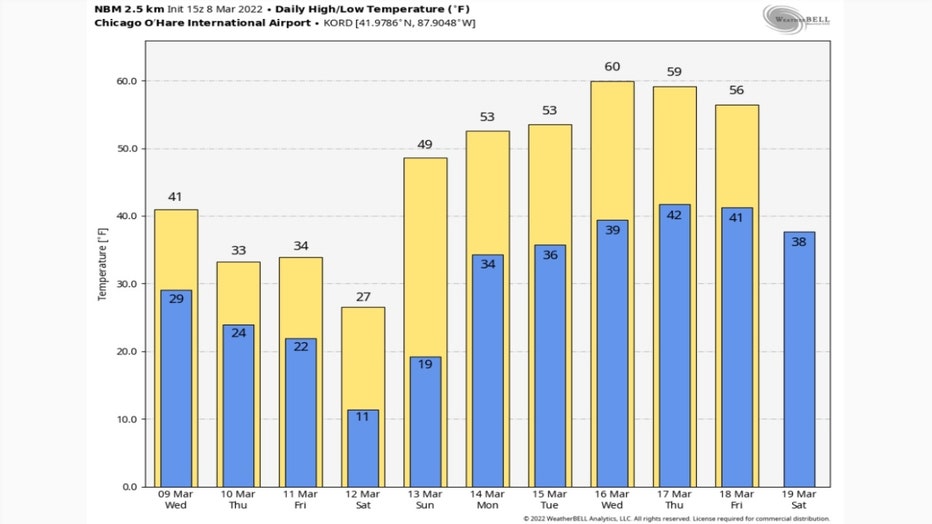